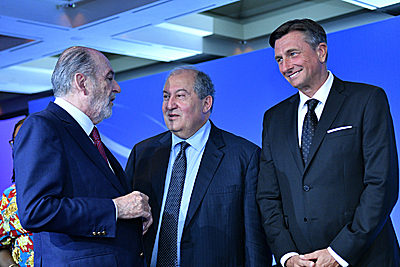 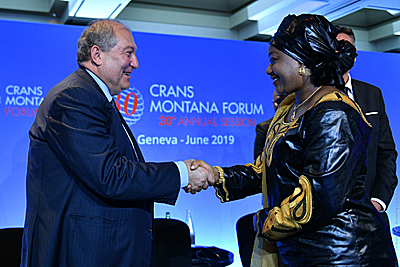 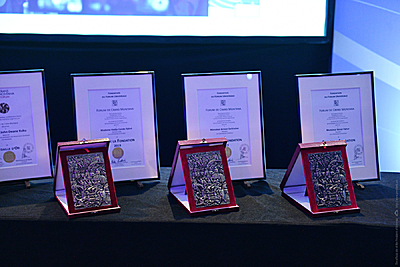 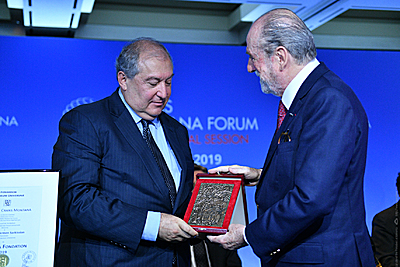 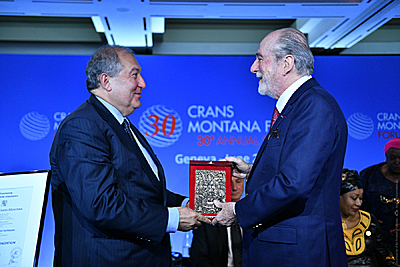 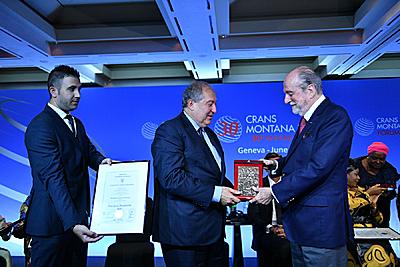 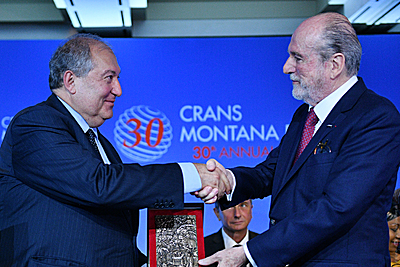 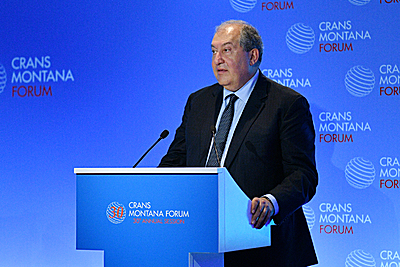 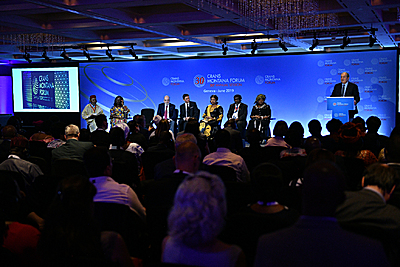 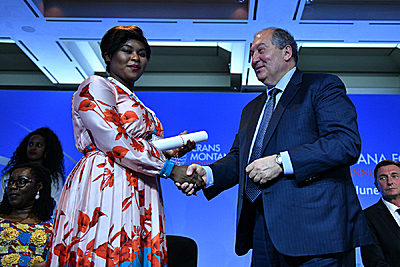 On June 28, the official ceremony of bestowing the PRIX DE LA FONDATION 2019 of Crans Montana Forum took place in Geneva.

The event was attended by prominent state, public, and political figures, diplomats, entrepreneurs, representatives of the Armenian community of Switzerland. This prestigious international structure traditionally bestows its annual award on the individuals representing areas of social responsibility, those who stand out for their leadership, innovation, and ability to act as pioneers of change. Since 1989, this award has been uniting actors who work for peace, freedom, and democracy.

This year, PRIX DE LA FONDATION 2019 has been awarded to the President of Armenia Armen Sarkissian, President of Slovenia Borut Pahor and First Lady of the Republic of Guinea Djene Kaba Condé.

Handing the award to President Sarkissian, the founder and Honorary Chairman of the Crans Montana Forum Jean-Paul Carteron said in particular, “Mr. President, it’s always a pleasure to listen to you. We appreciate your words not because those are words of a scientist but because they are instructive and precise. Armenia is a small country but is located on a rather important and complex crossroads. Assuming the position of president, you have brought hope and serenity.

Together, we have a lot to do and jointly we can turn it into a reality. I would like to thank you for everything you are doing.”

President Sarkissian expressed gratitude for the honorable award and said, “This is a very important and precious award.

I receive it as a gift, also as credit for my future life and future deeds. It is very important since Crans Montana is a special venue and value not only in my heart and my mind but in the world.

First and foremost, it is a unique organization which works actively from the times of empires and up to the end of the Cold War, from unipolar world up to the uncertainties of our times. I am confident that it will play its special role also tomorrow when the future is closer.

Second, I view it as litmus paper.The ideas of Crans Montana are applicable anywhere in the world – from South Africa to Near East, Balkans where you see problems, including shades of hidden problems which people as a rule don't talk about. And this is a great achievement.

Third, this is a pretty young organization, young in the spirit and has a very young chairman who is not shy to learn every day, possesses great energy. In my vocabulary youth and age are about ability to act and engage people in that activity. They are also related to the ability to learn and to teach, make friends. The Chairman and structure of Crans Montana have all these characteristics.

And finally, this is an excellent place to find friends and to prove that everything you believe in is true. I am glad that spending a day and a half here, I was able to make friends from African countries, Europe, Near East. However, the most important thing is that I have found people who share my ideas.

Just 5 or 10 minutes ago, I was talking to the President of Ghana about the importance of connecting people electronically throughout the world. And because of that 5 minutes I believe that Armenia is much closer to Ghana. And evidently we have the same mission – you in Africa, we in Central Eurasia. I would love to see you all in Armenia one day.

I want you all to visit Armenia for the Crans Montana Forum and to use that litmus paper in the Mediterranean and Eurasia to understand what is going on from Afghanistan to China to Spain.

Thank you all, and hope to see you in Armenia.”