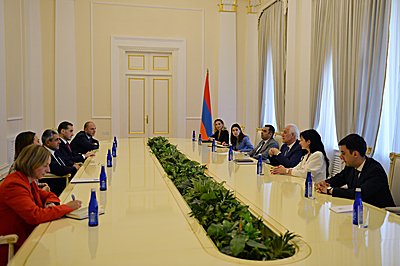 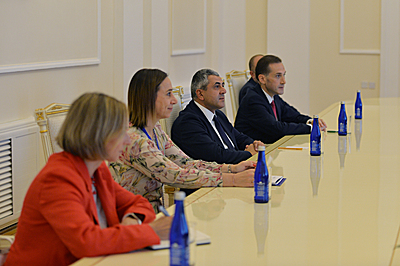 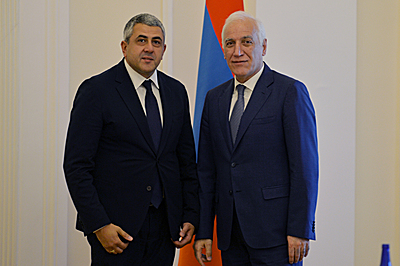 On June 2, President Vahagn Khachaturyan received the delegation led by the Secretary-general of the UN World Tourism Organization (UNWTO), Zurab Pololikashvili, who arrived in Armenia to take part in the 67th session of the UNWTO European Regional Commission.

President Khachaturyan noted with great pleasure, that the relations between Armenia and the UN World Tourism Organization are in constant development. The President highlighted that tourism is an important field for Armenia and was declared by the government as one of the priority areas of economic development.

The WTO Secretary-general emphasized the fact that the first session of the organization after Covid-19 is being held in Yerevan, and congratulated Armenia on the election as a member of the Executive Board of the UN World Tourism Organization for the period of 2021-2025, which will contribute to the improvement of Armenia’s position and the increase of recognition of the country in the European region.

During the meeting, the sides exchanged views on overcoming the numerous challenges that emerged in the field of tourism as a result of the pandemic, developing new guidelines to promote tourism, and enriching the agenda of cooperation.

It was highlighted, that Armenia invests major efforts in the development of digital technologies, education, science and innovations, which will contribute to the increase and strengthening of the potential of tourism.