Delegation of the female entrepreneurs from Argentine at the Presidential Palace: Women can make an input in building and fortifying bridges 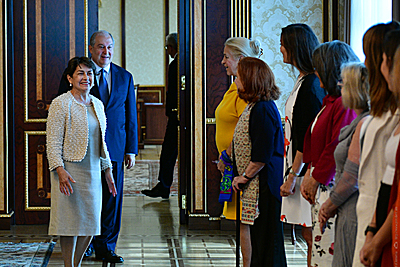 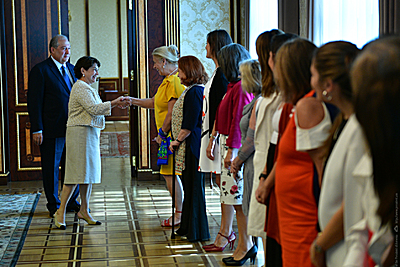 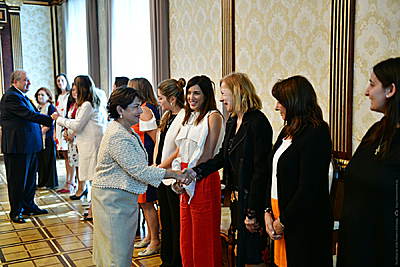 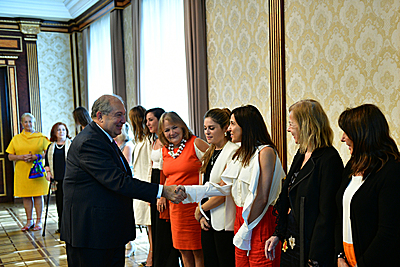 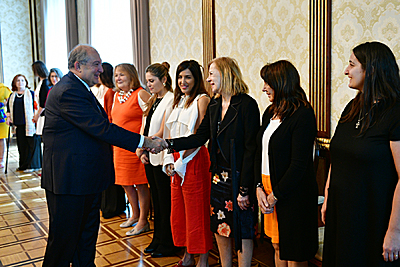 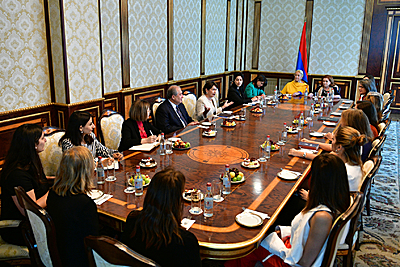 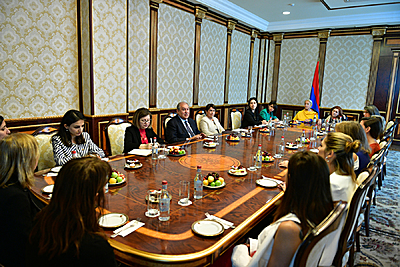 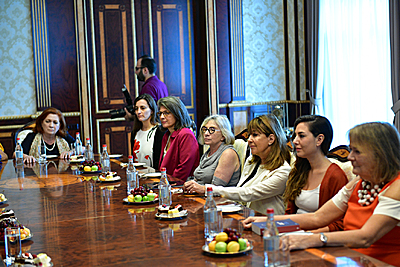 The delegation of the members of the «Pollera Pantalon» initiative, representing female entrepreneurs from Argentine, was hosted today at the Presidential Palace. They have arrived to Armenia on a familiarization visit.

President Armen Sarkissian and Mrs. Nouneh Sarkissian welcomed the guests and expressed hope that in the framework of their short visit they would be able to see many things and learn a lot about Armenia.

President Armen Sarkissian presented the history of Armenia, recent changes and developments in our country. Speaking about Armenians spread all over the world, Armen Sarkissian underscored that Spyurk is Armenia's strength because in the contemporary world the human being is the greatest and the most important asset.

Mrs. Nouneh Sarkissian took over and continued the meeting spoking about the role of women in the Armenian reality. She underlined that very often women possess more developed adminstrative skills but because of their natural modesty keep silent and don't speak much about it. «As mothers we are important because in the family everything revolves around the mother. The Armenian women are talented and strong but often they keep that strength inside while it should be manifested,” Nouneh Sarkissian said and highlighted also the balancing role of women.

She also noted that women can play a prominent role in building and fortifying bridges and said that Armenia and Argentine have warm, friendly relations which might be strengthened by new projects and cooperation programs.

The women from Argentine, who are engaged in different business activities, spoke about their work and expressed desire in the future to develop cooperation with Armenia in different areas.