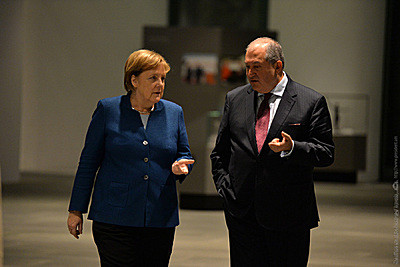 President Armen Sarkissian sent a congratulatory message to the Chancellor of the Federal Republic of Germany Angela Merkel on her birth anniversary.

“Your input to global politics is great. During your tenure in office, Germany has strengthened its position in the European Union and in the world.

Your dedication to science, education, and new technologies, which is proved by multiple distinctions received by you from different universities, is prominent.

Your contribution to the development of the Armenian-German relations is undeniable. In recent years, thanks to your consistent steps, the cooperation between our countries has become more substantial and active.

I am confident that in the future too, we will have opportunities to meet and discuss issues of mutual interest, contributing to the development of science and new technologies in our countries and quantum physics which is so close to our hearts,” reads the congratulatory message of the President of Armenia.