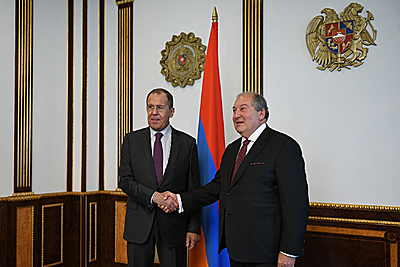 President Sarkissian conveyed his best wishes to the head of the foreign policy establishment of the friendly and partner state and underscored Sergei Lavrov’s considerable contribution to the development of the strategic relations between Armenia and Russia. The President noted also his high professionalism and prominent role in global politics and diplomacy.

Armen Sarkissian and Sergei Lavrov are connected not only through current official relations but also have longstanding professional and friendly ties.