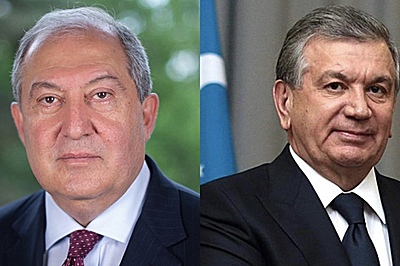 "Victory in the elections clearly shows that the people of Uzbekistan greatly support your policies of the comprehensive development and modernization of the country, growth of economy, welfare of the people and strengthening stability in the region.

I am confident that through joint efforts, the cooperation between Uzbekistan and Armenia will be strengthened and further developed, including new and promising areas."