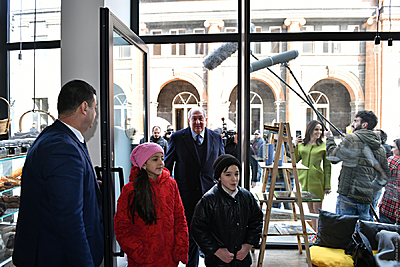 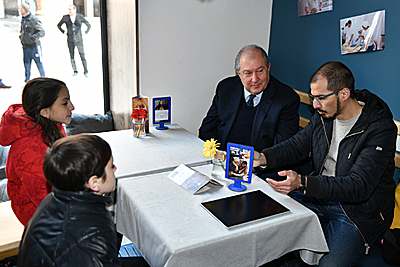 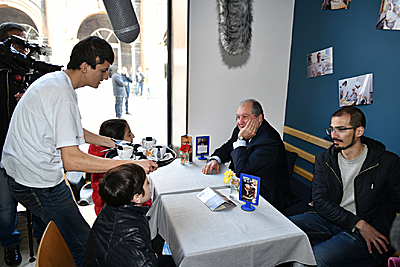 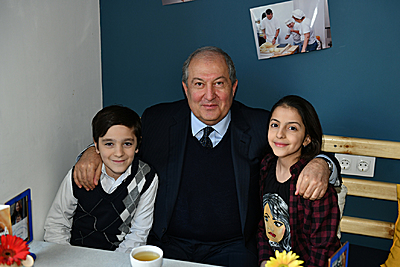 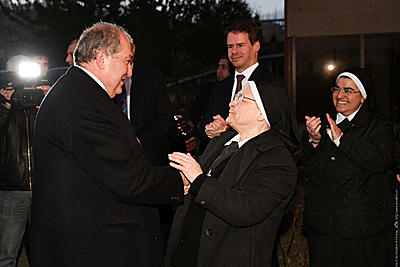 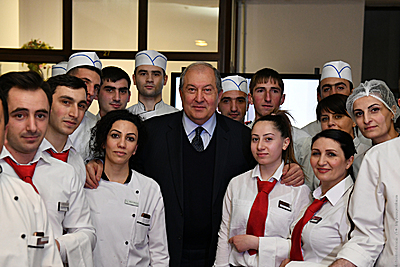 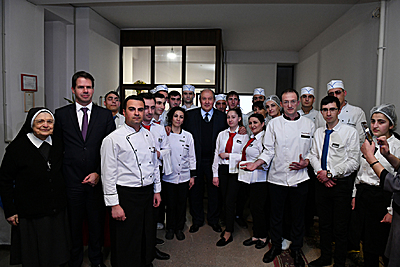 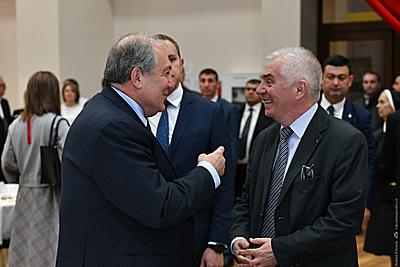 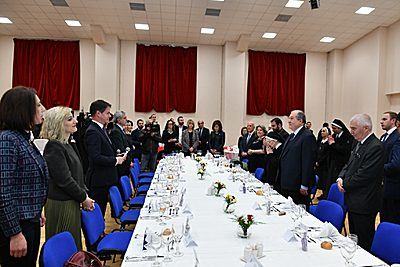 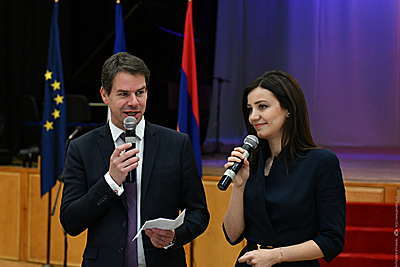 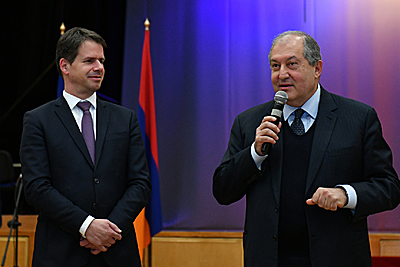 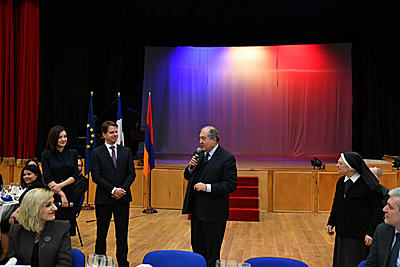 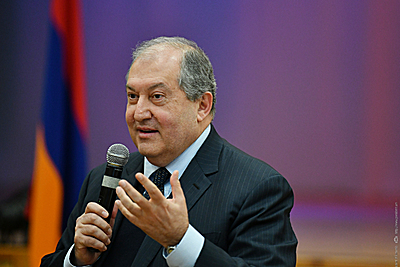 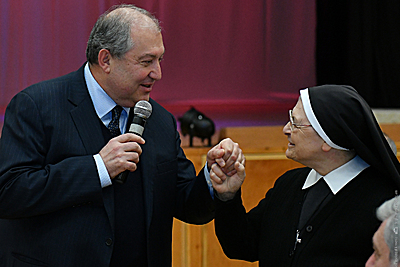 On March 22, President Armen Sarkissian was in Gyumri again. According to the established tradition, the visit of the President was unofficial.

To the question posed by the journalists to the President, who was walking down the streets in Gyumri, as of what was the purpose of his visit, President Sarkissian responded, “Gyumri is my home, I am back home, and no special arrangements are needed to do that.”

The President of Armenia toured the center of Gyumri, conversed with the folks on the streets, familiarized with the construction works along the way.

On Abovian street, Armen Sarkissian accidentally came across a movie set. The President acquired about the film story and was particularly charmed with little Ani and Manvel who were participants in an episode of the film. The President approached the kids and conversed with them and with the representatives of the film crew. By the proposal of President Sarkissian, the shooting continued at the Aregak inclusive bakery-cafe located next to the set. This is one of the President's favorite places in Gyumri which he visits each time he is in Gyumri.

Around the tea, which was served along with the cakes baked on the premise, the President conversed with Ani and Manvel - the little actors preforming in the movie, listen the story of the characters they play, and learned the story of their lives. President Sarkissian inquired about their interests, asked about their families and friends. The candid and warm communication of the President and the kids was full of good humor and funny stories. The director of the film, who was present there, told the President about the script of the movie, spoke about the film-making process, and the little actors. The President saluted the idea to shoot a film in Gyumri and any event in general which refers to Gyumri’s culture, history, traditions which will once again highlight the revival of the city.

Later, President Sarkissian continued to walk on the streets of Gyumri and observed the construction works on Abovian, Shiraz, and Ghorghanian streets. Responding to the question of a journalist, Armen Sarkissian noted that Gyumri has the architectural and cultural heritage which is not to found even in many advanced cities of the world.

He said that would do everything within the limits of his abilities to preserve the historical center of Gyumri. “I am trying to achieve the recognition of Gyumri as an international cultural heritage site, since there are quite few cities as beautiful as Gyumri. It is a long process but we need to walk that road,” President Sarkissian said and added that one of his main goals is to achieve the recognition of Gyumri in our own country, to make people visit Gyumri. “We all have work to do, businessmen, intellectuals, and art workers. Gyumri should become attractive as a city of culture, arts, crafts, and history. Gymri is not an ordinary city, Gyumir is an extraordinary city,” President Sarkissian said and added that construction of apartment houses is not enough; the life standard in Gyumri should be improved.

At the Sourp Nshan church of Gyumri, President Sarkissian was present at the liturgy and along with other worshipers lit a candle.