Working visit of the President Vahagn Khachaturyan to Gegharkunik Marz 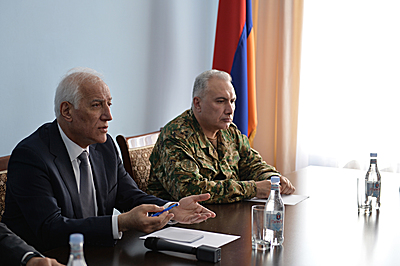 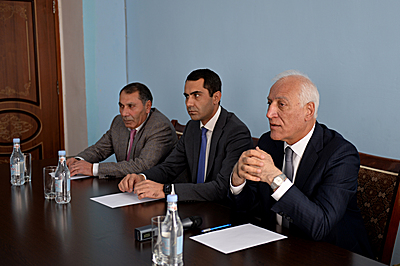 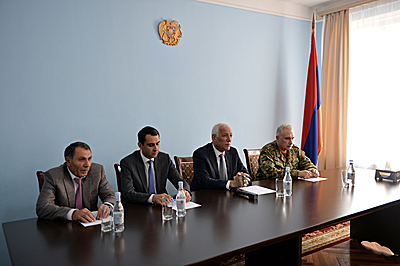 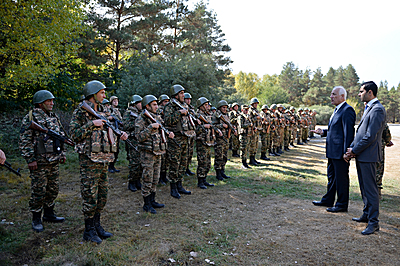 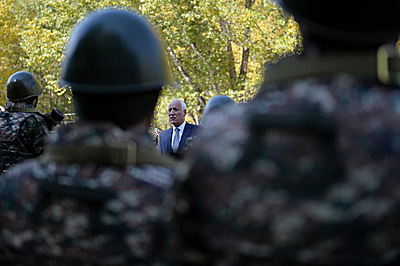 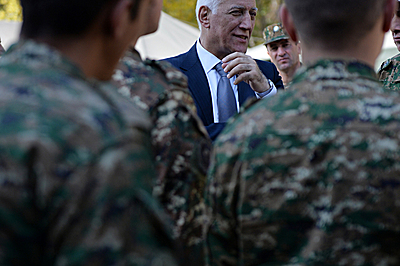 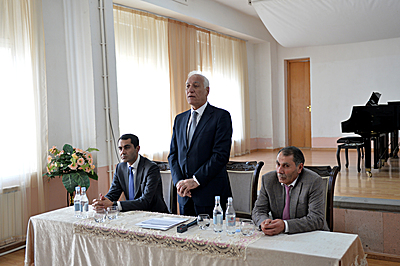 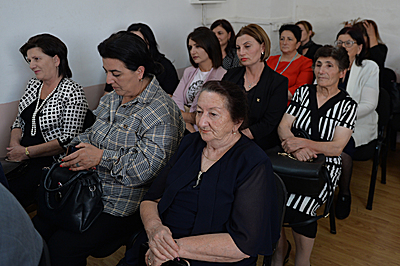 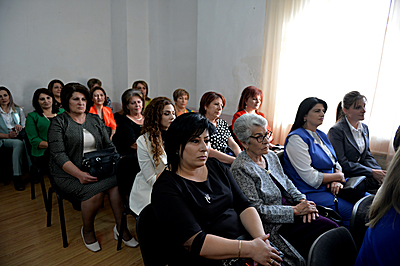 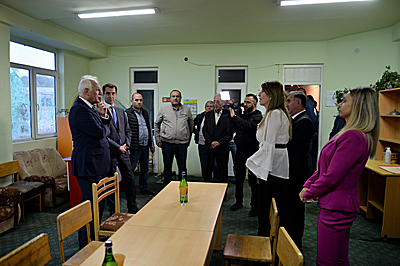 During the meeting, The Governor of Gegharkunik region Karen Sargsyan presented to the President the consequences of the shelling of Vardenis community during the aggression of the Azerbaijani armed forces against the territorial integrity and sovereignty of Armenia and the measures the government and regional authorities take to eliminate those consequences.

President Khachaturyan suggested presenting more detailed information about the primary issues and expressed willingness to contribute to the solution of these problems within his powers and possibilities.

Within the framework of his working visit, the President also met with the participants of the training session held in Gegharkunik region and the conscripts, got familiarized with the conditions of the exercises, and had a talk with the soldiers in a friendly atmosphere.

President Vahagn Khachaturyan met with the teachers of Vardenis community on the occasion of Teacher’s day.

Greeting those present, the President congratulated them on their professional holiday. In his speech, Vahagn Khachaturyan particularly noted: “I want to express my special gratitude to you for your responsible work. We always need you. Your work is priceless and on my behalf and on behalf of the government, I assure you that we are with you. We also have some obligations to you from the perspective of valuing your work and supporting you.”

During the meeting, President Khachaturyan presented to the teachers the government’s upcoming amendments in the field of education and the plans of building schools and kindergartens both in Vardenis community and in the entire republic. Afterwards, the President answered the questions of the pedagogues in a friendly atmosphere and emphasized the fact that he will be consistent in solving the raised problems within the framework of his possibilities.

After the meeting with the pedagogical collective of Vardenis community, President Vahagn Khachaturyan visited Shatjrek village and got familiarized with the school construction works.