Working visit of the President Armen Sarkissian to Spain 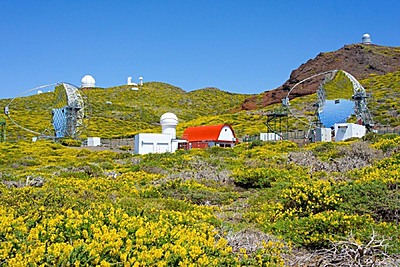 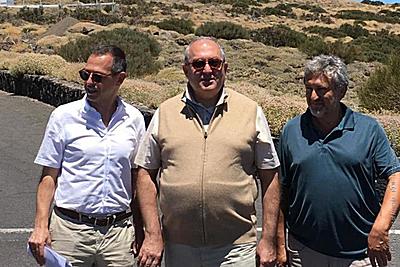 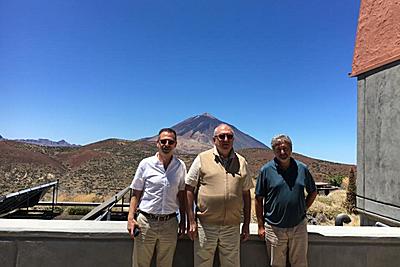 President Armen Sarkissian, who is in the Kingdom of Spain on a working visit, on August 13 visited the renowned Teide observatory. The President familiarized with the works and research conducted in the observatory which has the largest in the world Gran Telescopio Canarias in La Palma and the world’s third largest GREGOR solar telescope. It is envisaged that the works on the construction of a new telescope, whose diameter is nearly 50 meters, will commence soon.

President Sarkissian discussed with the leadership of Teide the prospects of cooperation with Armenia. President Armen Sarkissian underscored that Armenia, as the one of the world’s most ancient civilizations, has always been paying great attention to the development of science and noted in that context the observatory in Metsamore which dates back to the Urartian period. “I wish that in the future more Armenians get involved with science and astronomy. Astronomy is not just telescopes; it is also new technologies, mathematical modeling. We have a new presidential initiative which is called ATOM (Advanced tomorrow) which is aiming to develop science and technologies in Armenia,” President Sarkissian said. “A city of science and technologies is to be built in the framework of that project, and we will be cooperating with the world’s largest technological companies such as Dassault Systemes, Thales, Leonardo, IBM, and others. We will be happy to cooperate also with Teide. I believe there are also great opportunities for cooperation between Teide and Byurakan observatory.”

President Armen Sarkissian reached an agreement with the leadership of Teide observatory to signed soon a memorandum of understanding aimed at the development of cooperation between scientific and technological establishments of Armenia and Teide.

One of the world’s most famous observatories Teide, and Roque de los Muchachos Observatory located on the neighboring La Palma island are governed by the Astrophysics Institute of the Canary Islands and constitute part of the European Northern Observatory (ENO). Scientific research of Teide observatory deals mainly with solar studies and the area of robotechnics in astrophysics. The best European solar telescopes are also situated here. On the territory of the observatory, which is close to 50 hectares, there are over 60 solar and night sky telescopes which belong to the scientific institutions of nearly 20 states.

President Armen Sarkissian, who is in Spain on a working visit, met with the organizers and members of the Board of the STARMUS festival. At the meeting discussed were opportunities of holding the next, 6th festival of STARMUS in Armenia.

The STARMUS festival unites world-famous scholars, astronauts, musicians, Noble Prize laureates and aims to inspire and to educate a new generation of explorers. Members of the STARMUS Board are the cosmonaut Alexei Leonov, a member of Queen rock group Brian May, the world-famous scientist Emmanuelle Charpentier, astrophysicists Jill Tarter and Robert Williams, musician Peter Gabriel, the founder and the chief organizer of the festival, Armenian astrophysicist Garik Israelian, other reputable representatives of science and arts. President Sarkissian noted that our county pays great attention to the development of science and technologies and is ready to host renowned scholars, Nobel Prize winners, representatives of the famed Apollo mission, and famous musicians. An agreement was reached that a working group would be created to coordinate the administrative issues of the festival.

A memorandum of understanding was signed at the meeting between the new Presidential initiative ATOM (Advanced tomorrow), which is directed at the development of science and technologies in Armenia, and STARMUS. In the framework of the ATOM project, which comprises various components, it is envisaged to create not only a city of science and technologies but also a scientific park, and a Tomorrow’s Museum. It was noted that STARMUS could become a motivating partner for the ATOM project.