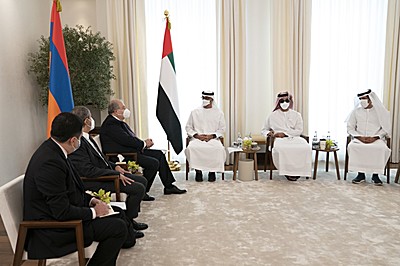 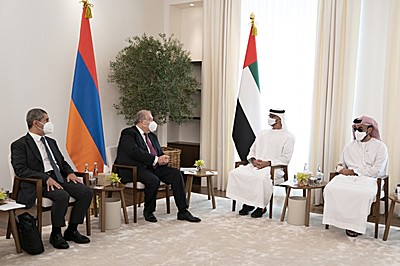 Sheikh Mohammed bin Zayed Al Nahyan expressed the UAE support for the ceasefire between Armenia and Azerbaijan, expressing hope that it will contribute to the security and stability of the region.

President Sarkissyan thanked Sheikh Mohammed bin Zayed Al Nahyan for his words of support and for the continued readiness and practical steps to further develop all-level relations between the two countries.

President Armen Sarkissian expressed his gratitude for the support provided by the UAE to Armenia in the fight against the coronavirus.

At the meeting, issues related to the strengthening of friendship and mutually beneficial cooperation between the peoples of the two countries were discussed, using the spheres of economy and investments as the main directions of development.

They also exchanged views on international and regional issues.