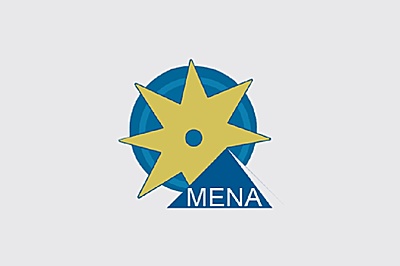 Prior to the 27th Conference of the Parties to the United Nations Framework Convention on Climate Change (COP27), President Vahagn Khachaturyan gave an interview to the “Middle East” state news agency.

In the interview, President mainly spoke of Egypt’s chairmanship within the framework of the Conference, solutions to climate problems, priorities set by Armenia in that context, expectations from the Conference and Armenian-Egyptian relations.

“As a country holding the chairmanship of the Conference, Egypt has the opportunity to unite the developed and developing countries around common interests, creating a more favourable atmosphere for solving the main challenges”, said President Khachaturyan. “The Conference is an opportunity for the entire world to evaluate the climatic events of the past years and closely cooperate to overcome the climate crisis, taking into consideration the different national conditions and capacities of the countries. The Conference is also a platform for encouraging climate financing for the transition to a green economic system and adaptation to climate change, raising the awareness of developing countries about climate technologies, as well as increasing global climate ambitions.

The President also emphasized the importance of the 27th Conference, for it can make progress related to climate financing, particularly, the adequacy and predictability of climate financing is key for meeting the Paris Agreement objectives.

Speaking of the impact of climate change on migration flows, the President noted, that the hydro-meteorological dangerous phenomena that have become more frequent and lasting, such as hail, early frost, spring floods, mudslides, landslides and droughts leave their negative footprint on agriculture every year, and the sum of all this also affects migration flows, which take place not only between neighbouring settlements, but also between continents. According to the President, those who live in regions with more favourable climatic conditions, especially in northern regions, must accommodate millions of migrants, in the meantime adapting to the requirements of the climatic crisis. The President also highlighted that military clashes and hostilities have a direct impact on soil and air pollution and affect agricultural pastures, green areas and forests. The clearest and brightest example of this are the large-scale forest fires caused by military operations, increased soil and air pollution from shell explosions and so on.

President Vahagn Khachaturyan urged the international community to unite their efforts to combat such issues, for the consequences of different conflicts and military clashes in particular, have extremely negative impact on the environment and the climatic conditions, which affects large geographical areas exceeding the conflict zones and, surely, civilian population. As the President puts it, global massive migration takes place not only at a time of unprecedented climate change, but also at a time of human demographic change. World population is expected to continue growing during the coming decades, reaching around 10 billion in 2060, and most of population growth is seen in tropical regions, which suffer the most from climate change.

Vahagn Khachaturyan noted that climate change adaptation policies and measures are crucial for Armenia’s capacity to reach its social and economic development goals. The “National Action Program of Adaptation to Climate Change” approved by the Government in 2021, as well as 2021-2030 Nationally Determined Contributions of the Republic of Armenia under the Paris Agreement”, direct efforts for integrating adaptation in sectorial and regional development programs.

The Government of Armenia has set a new target for mitigating climate change at the level of the whole economy – reducing greenhouse gas emissions by 40% by 2030 compared to 1990. The long-term low-emission development strategy of Armenia is in the elaboration process, with the aim to achieve climate neutrality by 2050, conditioned by corresponding international financial, technological and capacity-building support.