President hosted Gevork Afrikian, the winner of the benchpress exercise in the 2018 Europe Open Championship in Powerlifting 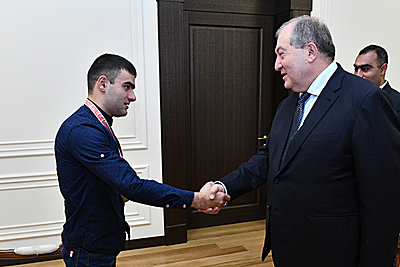 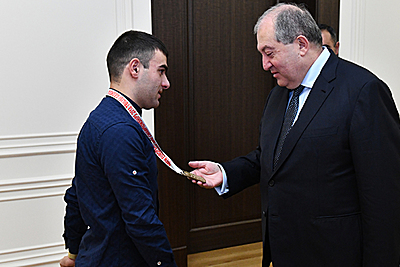 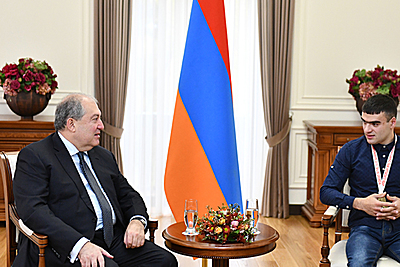 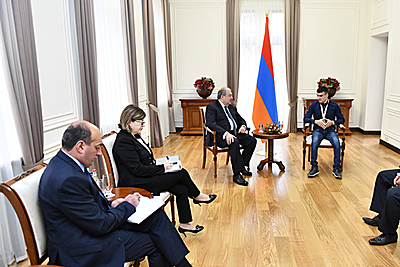 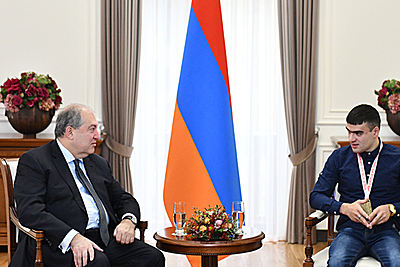 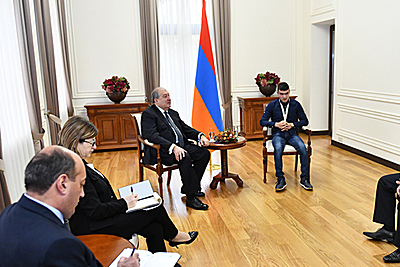 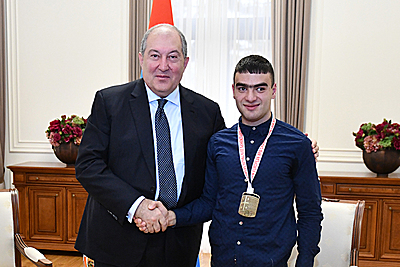 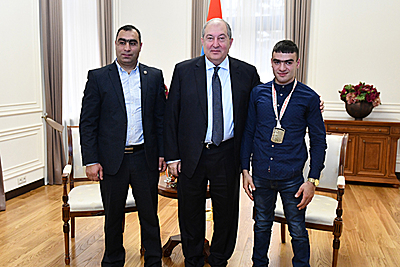 President Armen Sarkissian hosted today Gevork Afrikian, the winner of the benchpress exercise in the 2018 Europe Open Championship in Powerlifting and his coach, director of the Gavar Sport School Davit Asoyan.

The Europe Open Championship held in November in Tbilisi, is the first competition attended by Gevork Afrikian who has mobility issues. Afrikian needed financial support to participate in the Championship. President Armen Sarkissian responded to the publication in the media and allocated the necessary funds.

Gevor and his coach Davit Asoyan had a warm and candid conversation with President Sarkissian.

Noting that he was proud with Gevork’s success, President Sarkissian said, “When people set goals and try to reach them, even if they don’t but struggle nevertheless to reach them, they already make a step, two, three, ten steps forward in their lives. And Gevork had really set a goal before himself. “I set a goal to return with a medal so that everyone who worked with me, who made any kind of contribution, pinned hopes on me, see me meet their expectations.”

President Sarkissian encouraged Gevork to meet with and talk to young people. “It is very important that you share your experience with others, meet with young people of your age. People have physical advantages or disadvantages – it’s not important… Albert Einstein, who is one of the most famous physicists of the 20th century and probably of all times, didn’t talk until he was 5 or 6 years old, and people thought he was not able to speak. Later, he made one of the greatest discoveries in the history of humankind.”

Gevork also has a motto which the President liked very much, “If everyone can, I can too; if nobody can, I’ll be the first.”

“It is very important that you have a goal and your life is full of it, makes your life meaningful,” President Sarkissian encouraged Gevork.

Gevork’s coach in his turn told that at the beginning Gevork had had much more serious physical problems but hard and diligent work allowed him to register progress.

The President hailed Gevork’s hard work and his results, noting that “Your character, your tenacity and determination allowed you to achieve remarkable results. But remember always the people, who work with you, support you – your family, your coach, teachers, always love them and be dedicated to them – it is one of the most important things in life. People fall down when they become haughty.”