Presdient Sarkissian paid tribute to the memory of the victims of the tragedy: Crimes committed in Sumgait do not fall under the statute of limitations 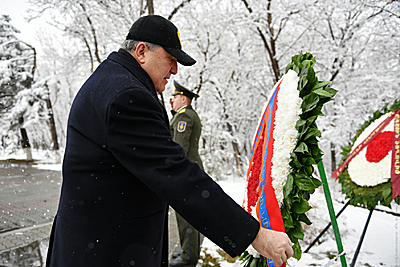 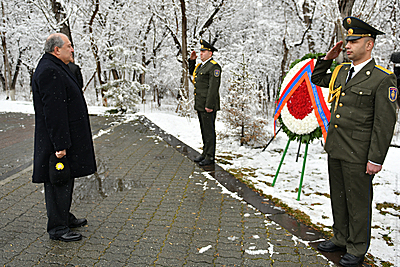 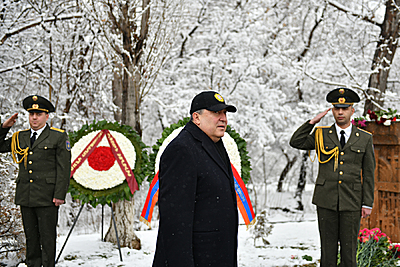 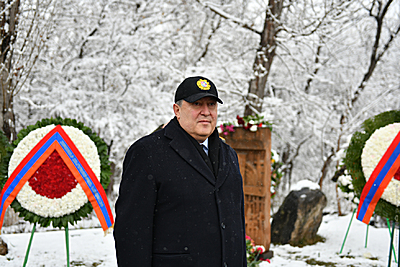 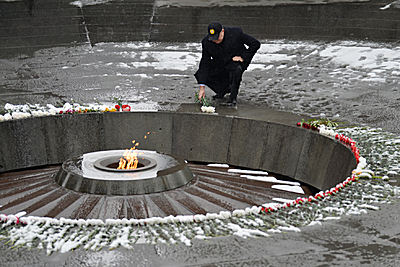 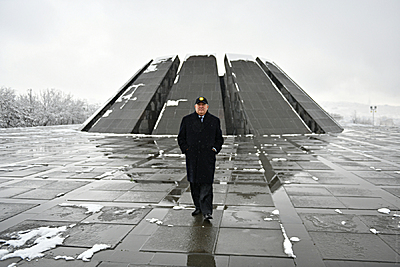 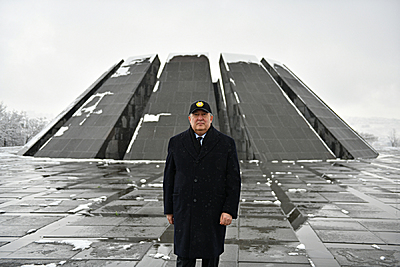 “Today, the entire Armenian nation is remembering the crimes committed on February 27 and 28, 1988. In response to peaceful demonstrations of the Armenian population of Artsakh, which was exercising its right for self-determination, a large-scale bloody vengeance against Armenians was organized in Sumgait town of the Soviet Azerbaijan. Hundreds of our compatriots were killed based on the national hatred, some were subjected to unthinkable violence and tortures, others were expelled from their homes,” President Armen Sarkissian noted and added, “Crimes committed in Sumgait do not fall under the statute of limitations, and we have to do everything possible so that that hideous crime is strongly condemned by the international community, is recognized and judged as such.”

At the Eternal Fire of the Tsitsernakaberd memorial, the President of Armenia paid also tribute to the memory of the victims of the Armenian Genocide of 1915.