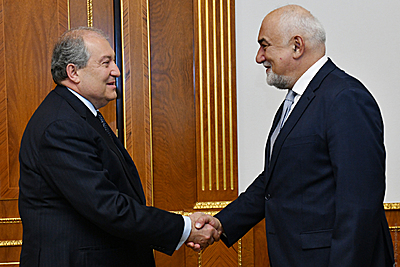 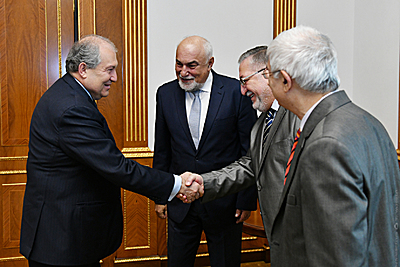 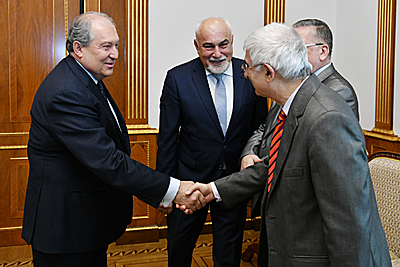 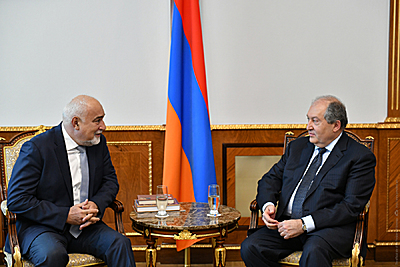 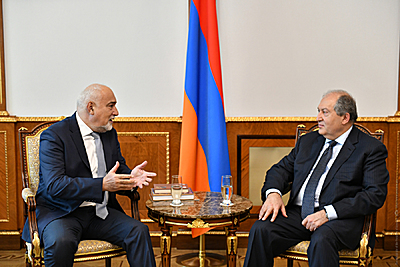 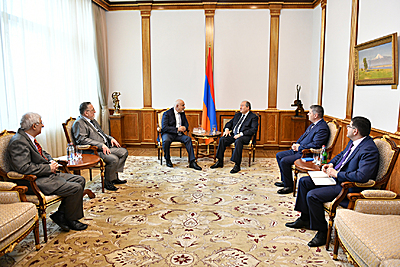 The parties spoke about the necessity to invigorate economic ties between the two countries and to take mutual steps which would give a boost to the development of relations in this area.

The member of the Romanian Parliament has arrived to Armenia on the new Bucharest-Yerevan flight. In this context, the parties stressed the importance of a direct air connection between Romania and Armenia and noted that it would boost the development of tourism.

At the meeting, President Armen Sarkissian and MP of the Romanian Parliament Varuzhan Voskanian discussed also issues related to the strengthening of the relations between the parliaments of the two countries and use of potential existing in this area.
They also spoke about the Armenian community of Romania, existing problems and prospects. The interlocutors stressed also the importance of strengthening ties in the areas of culture, science, and education.