Armen Sarkissian received delegation of the Constitutional Court of Germany 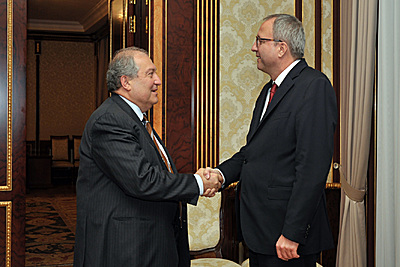 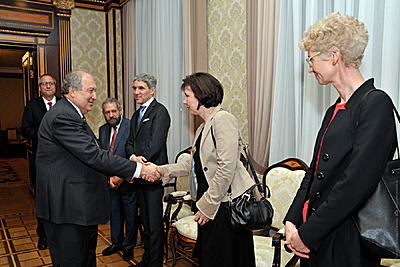 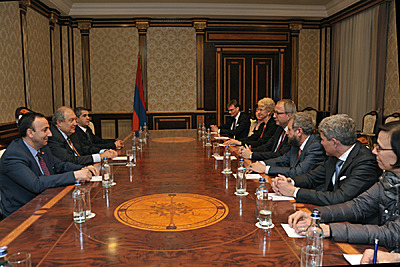 President Armen Sarkissian received today the Chairman of the Constitutional Court of Germany and President of the Second Senate Andreas Foskule and his delegation.

At the meeting, the President of Armenia hailed the role of Germany and German experts in the implementation of the reforms in Armenia’s legislative field.

The parties stressed the importance of the continued cooperation between the two countries not only in the legal field but also in the areas of science, education, and economy. They underscored that the relations between Armenia and Germany possess a great potential for growth.