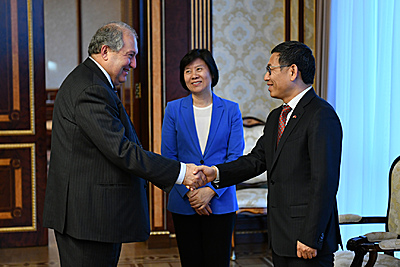 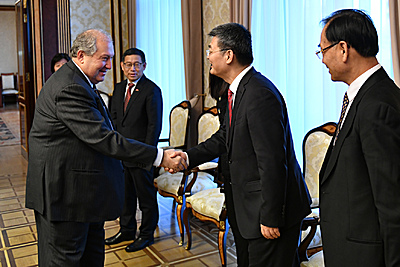 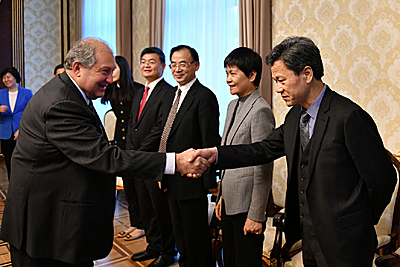 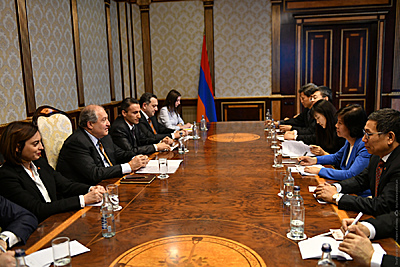 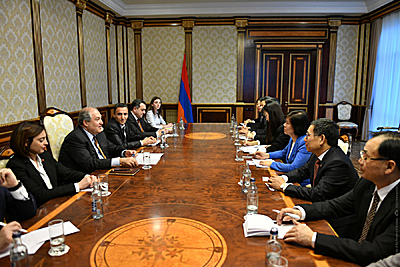 President Armen Sarkissian received today Mrs. Shen Yueyue, the Vice Chairperson of the Standing Committee of the National People’s Congress of the People’s Republic of China and her delegation.

Welcoming the guests, President Sarkissian noted that Armenia and China are ancient countries and relations between them date back centuries and are coming from the times of the Silk Road.

He stressed the importance of deepening that cooperation in the 21st century in the framework of the One Belt, One Road project implemented by the highest leadership of China. “The time has come Armenia becomes a part of the new Sild Road,” President Armen Sarkissian said.

The Vice Chairperson of the Standing Committee of the National People’s Congress of the People’s Republic of China Mrs. Shen Yueyue stressed the importance of the friendly relations with Armenia and spoke about the necessity to invigorate the existing cooperation.

The parties underlined that there is a great potential for developing relations and strengthening the ties between Armenia and China which is to be utilized. They underscored particularly the need to expand cooperation in the areas of infrastructure development, mining, ecology and tourism, high technologies, and artificial intelligence.