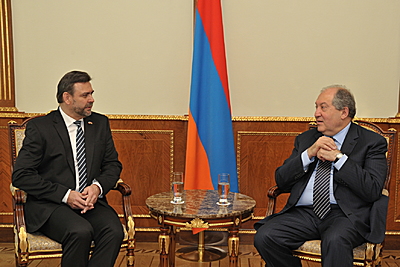 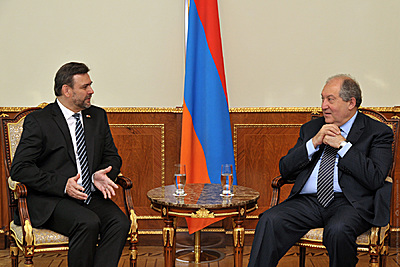 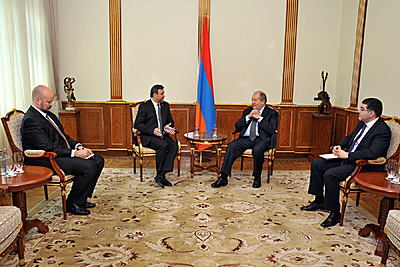 President Armen Sarkissian received today Ambassador Extraordinary and Plenipotentiary of the Czech Republic to the Republic of Armenia Petr Mikyska who is concluding his diplomatic mission in our country.

President Armen Sarkissian thanked the Ambassador for his efforts aimed at the strengthening of the Armenian-Czech relations and dedicated work and noted that during these years the relations between the two countries have been developing dynamically.
Ambassador Mikyska stressed the role of President Armen Sarkissian in the peaceful resolution of the last year’s events in Armenia.

The parties spoke about the prospects of cooperation between Armenia and the Czech Republic in the areas of economy, science, and research. It was noted that reciprocal high-level visits would promote the deepening of the bilateral relations.
Armen Sarkissian wished Ambassador Mikyska success in his future endeavors.