President received the Minister of Foreign Affairs of PRC Wang Yi: Our peoples have the millennia-long history of cooperation 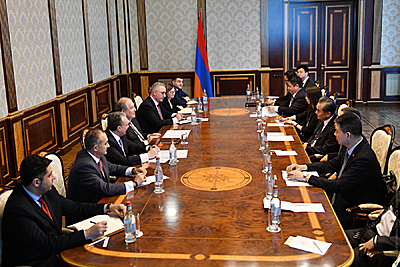 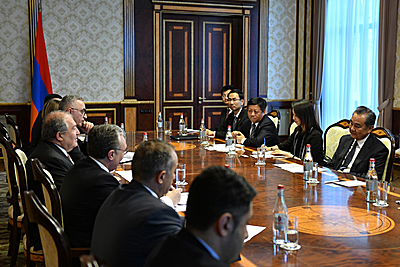 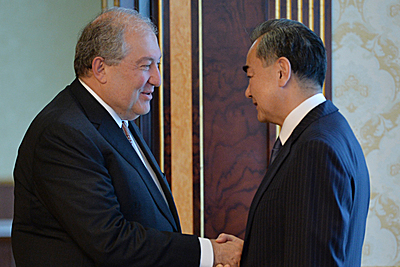 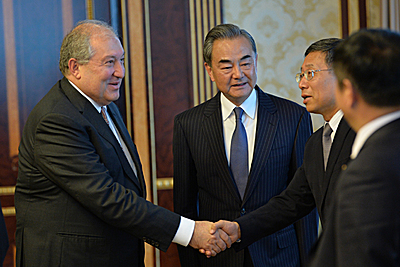 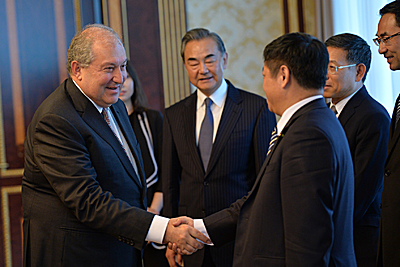 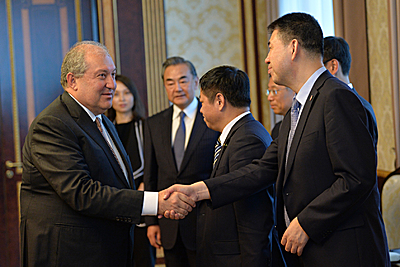 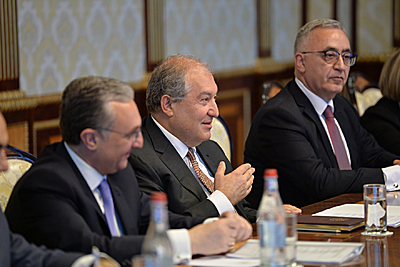 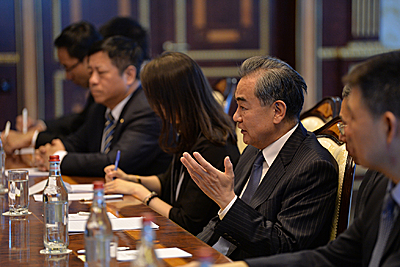 President Armen Sarkissian received today the delegation headed by the member of the State Council of the People’s Republic of China, Minister of Foreign Affairs of China Wang Yi.

President Sarkissian welcomed the guests and noted that the recent high-level active reciprocal visits promote the deepening of the relations of the two countries based on friendship, mutual trust, and respect. “Friendship between our peoples did not start in 1992 with the establishment of diplomatic relations or exchange of documents on the establishment of the interstate relations. Our peoples have the centuries and millennia-long history of cooperation,” President Sarkissian noted and added that the two nations had been cooperating successfully back in the times of the Silk Road.

Minister Wang Yi underscored that the contribution of the Armenian people to the human civilization is great. “The Great Silk Road had united our two peoples centuries ago. The Armenian and Chinese people treat each other with respect and admiration, and our bilateral relations are developing steadily,” the Minister of Foreign Affairs of China said. He also conveyed to President Sarkissian best wishes from the President of China Xi Jinping.

At the meeting, the parties spoke about deepening the trade and economic relations between the two countries, referred to the prospects of cooperation in the framework of the One Belt, One Road initiative, as well as to the enhanced interaction in the areas of new technologies, education, and science.

The parties concurred that the Armenian-Chinese relations are developing successfully and have an excellent perspective for expanding.