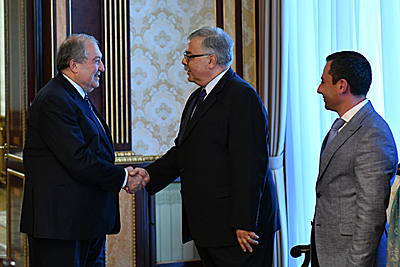 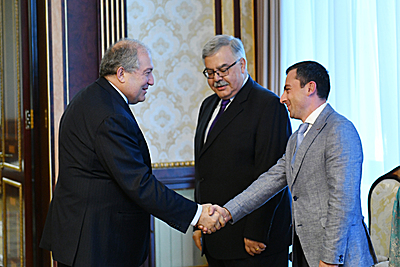 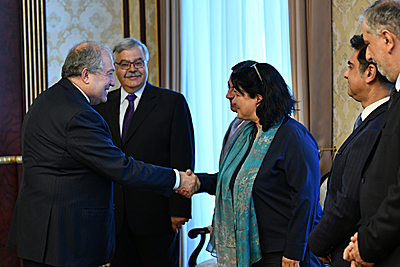 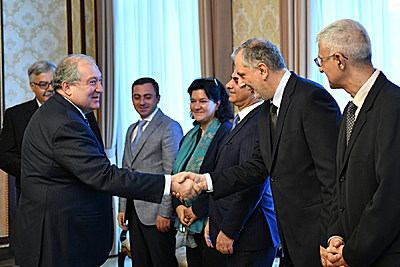 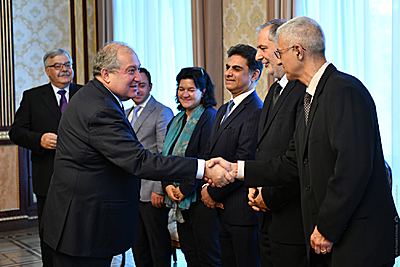 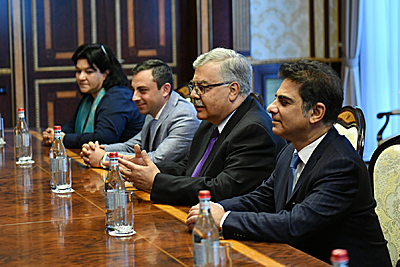 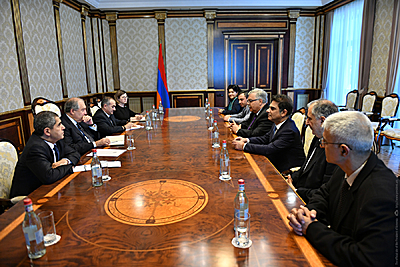 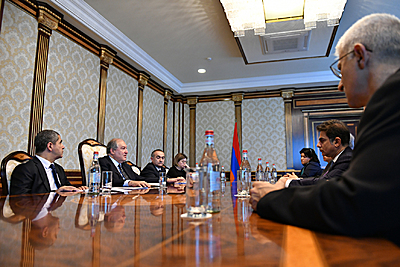 At the request of the guests discussed were issues related to the upcoming Summit of Minds, which will be held in Armenia at the initiative of President Armen Sarkissian, and which will bring together well-known world think-tanks, former and current state and political figures, and representatives of the world-famous high-tech companies.

Hakop Ter-Khatchaturian welcomed the idea of organizing such an event in Armenia. President Sarkissian provided details related to the works of the Summit and prospects of cooperation with the organizers.

He also spoke about other presidential initiatives which are called to promote in particular cooperation with the leading world companies in the areas of technologies, science, education, and others.

The interlocutors spoke also about different issues of the Pan-Armenian agenda. It was noted that all steps should be directed towards building a strong, developed, and well-protected state under the rule of law. In this context, they stressed the importance of deep respect towards the state institutions.

Noting that there are still many problems and issues in the country, the participants of the meeting stressed the importance of changes and reforms in different areas. At the same time, they agreed that those should be carried out in the atmosphere of tolerance and solidarity.

The participants of the meeting expressed readiness to cooperate in the framework of different pan-national programs.