President Armen Sarkissian hosted the winner of the Paratriathlon World Championship Gevork Afrikian: I am confident you will conquer new heights 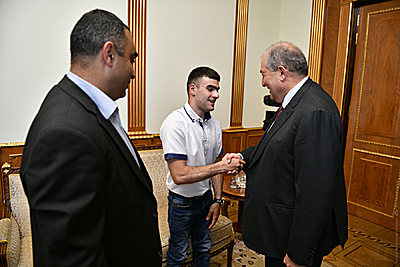 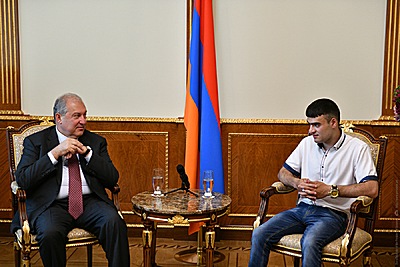 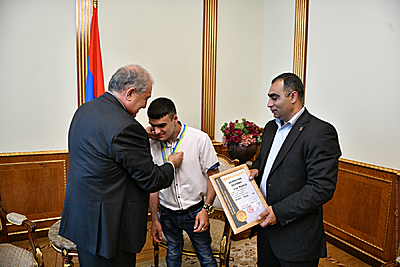 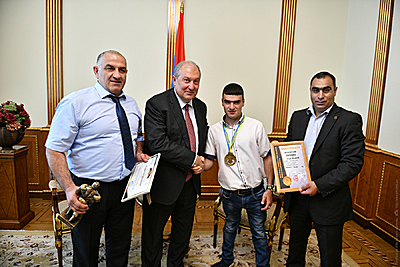 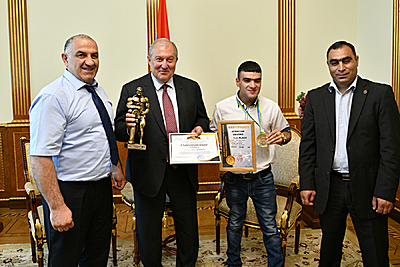 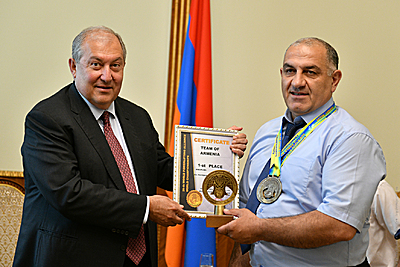 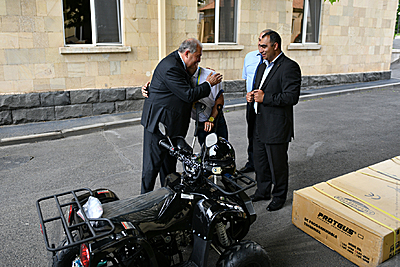 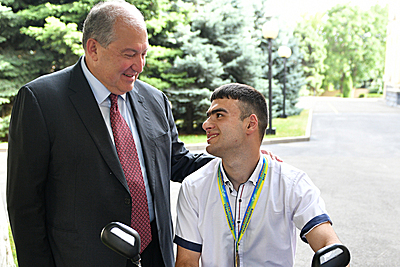 The President congratulated the young athlete from Gavar, praised and hailed him for his great success. According to Armen Sarkissian, Gevork proves that willpower and determination can overcome any difficulty and bring victory.

Gevork Afrikian thanked the President for the warm words and the support without which his participation to the world championship and success would be impossible. He also said he was determined to achieve new success and was getting ready for the championship to be held soon in Georgia.

Gevork Afrikian, who has mobility restrictions, had won also at the European Championship in Tbilisi last November and was hosted at the Presidential Palace.

To provide Gevork Afrikian with greater mobility, President Armen Sarkissian in the framework of his support presented him a quadricycle type of vehicle and a sporting devise which will allow Gevork and other young athletes, who are training together with him, to improve their results.

The President of Armenia promised to visit Gevork Afrikian soon and observe his training conditions.