The President of Armenia visited the Meghri free economic zone and the regional medical center: Meghri is truly a paradise because of its nature and because of its people 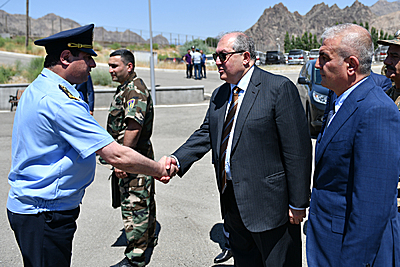 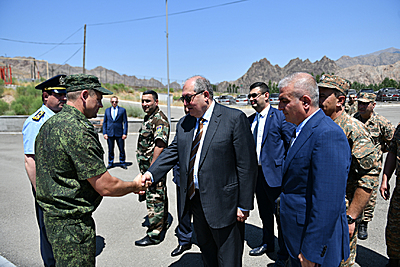 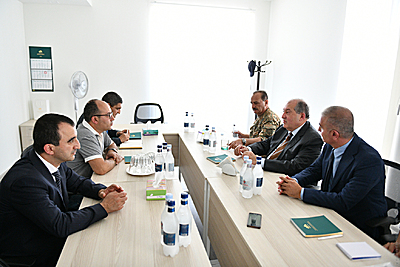 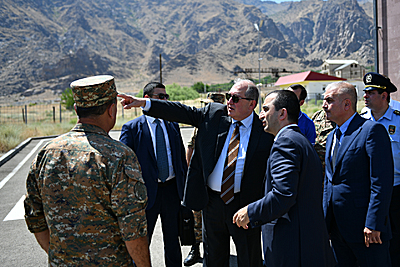 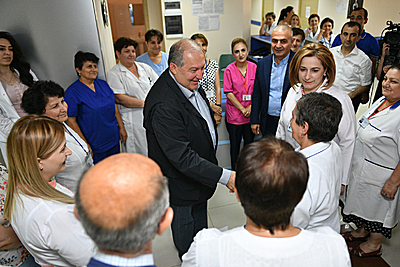 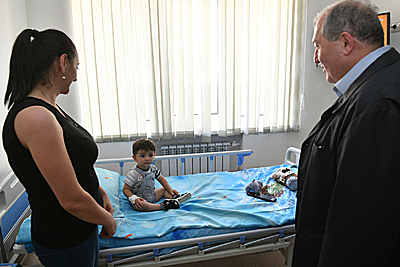 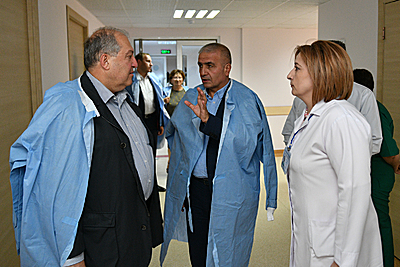 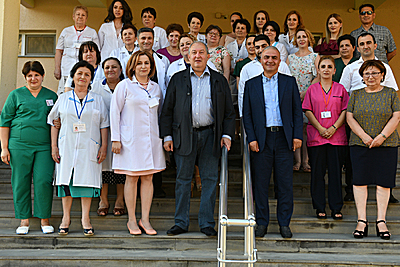 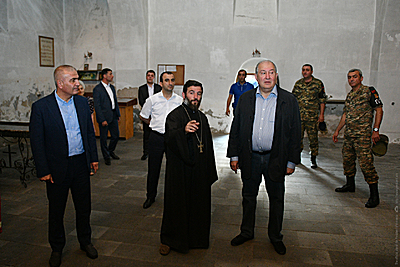 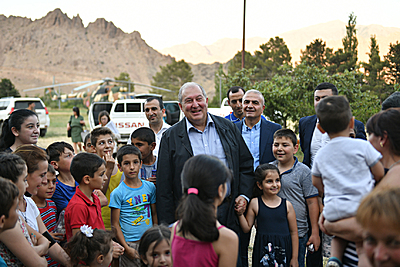 The President familiarized with the created infrastructure and existing conditions. Director of FEZ Ashot Zarbabian presented the accomplished works, the current situation, and the forthcoming activities. It was noted in particular that only the first phase of the planned works has been accomplished so far.

President Sarkissian said that during his multiple meetings with foreign investors and heads of organizations, they showed interest also toward the Meghri FEZ, and today he was visiting to see firsthand and observe the exiting conditions and capacities. “People are aware that there will be a free economic zone in Meghri. This topic is being raised by the Western, as well as Russian companies. Since I am trying to bring investments to Armenia, it was important for me to see everything personally, so as to be able to assist consulting with the partners in the government,” the President said.

President Armen Sarkissian visited also the Meghri regional medical center. He toured the premise, observed the exiting conditions, conversed with the staff, inquired about the adequacy of the equipment used in the center, and the problems. The President was informed on the services provided by the center, their affordability, and quality.

The Meghri regional medical center was opened in 2016. It was constructed in the framework of the Modernization of the healthcare system program financed by the World Bank and is servicing Agarak and Meghri towns and the population of the adjacent rural communities. “I am impressed with this modern hospital where wonderful people are working. Meghri is truly a paradise because of its nature and because of its people. This is my first visit to Meghri as the President of Armenia but certainly not the last one; I will visit you again soon,” President Sarkissian said responding to the questions from the journalists. Armen Sarkissian visited also the Sourb Astvatsatsin Church in the Mets Tagh of Meghri.