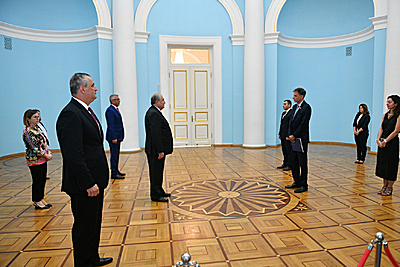 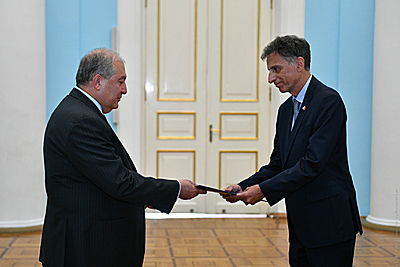 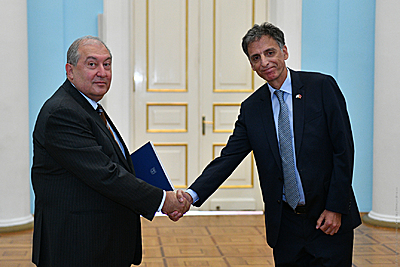 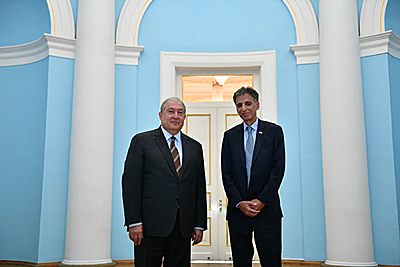 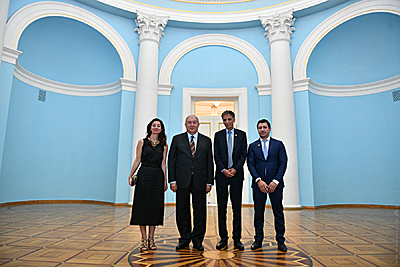 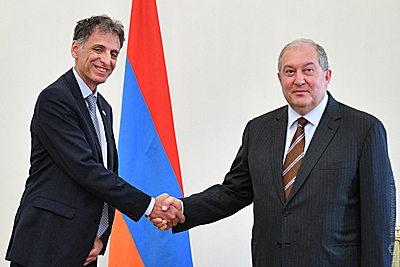 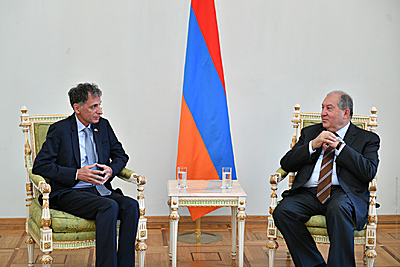 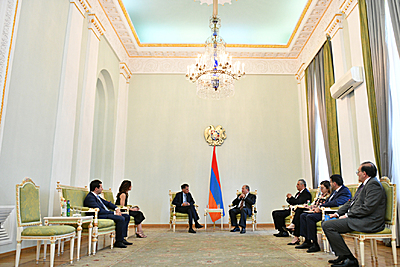 Today, the newly appointed Ambassador Extraordinary and Plenipotentiary of the State of Israel to the Republic of Armenia Eliav Belotserkovsky (residence in Jerusalem) presented his credentials to President Armen Sarkissian.

Ambassador Eliav Belotserkovsky assured that during his tenure in office he would spare no effort to expand cooperation between Israel and Armenia and strengthen the bilateral relations.

The parties referred in particular to the development of the relations in the areas of innovation, IT, culture, and tourism. The Israeli Ambassador said that Israel, like Armenia, has scare natural resources, and the people are the greatest asset of the two countries. President Sarkissian noted that Israel is the kind of a hub of innovation and high technologies that Armenia aspires to become which means that the two countries have much to learn from each other.