Culture is a common trait of Armenia and Italy: Exhibition of ancient Roman mosaics has opened at the Presidential Palace 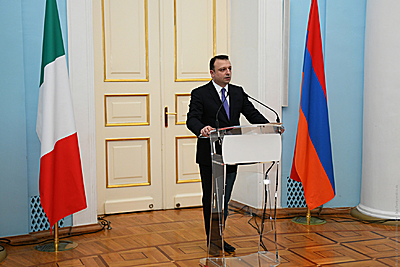 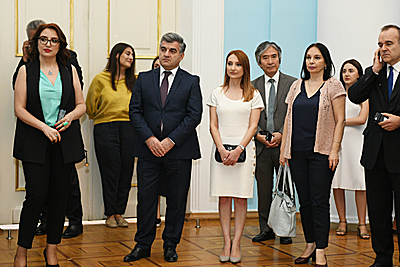 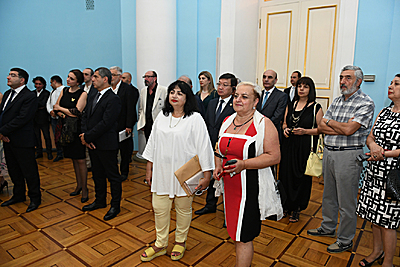 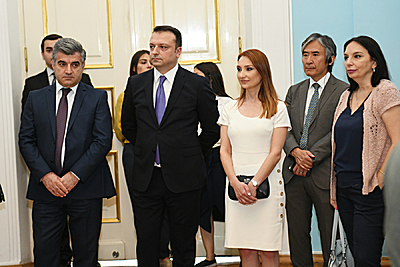 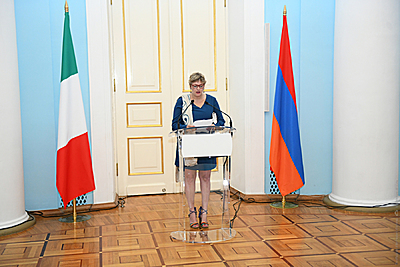 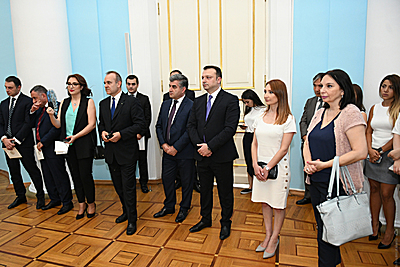 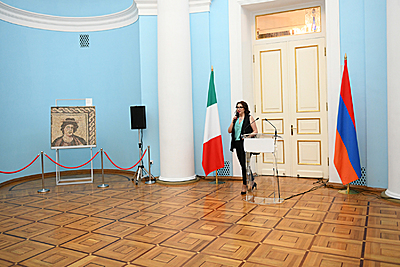 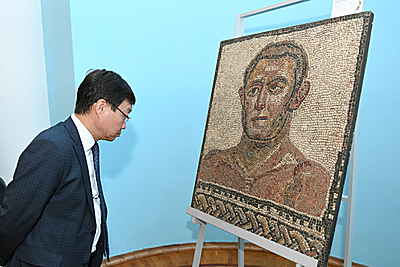 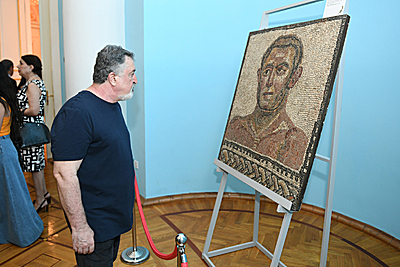 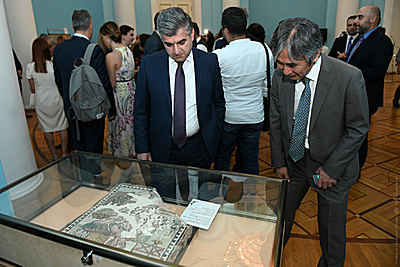 Starting today, for the first time the Presidential Palace will host an exceptional exhibition showing few precious mosaics from one of the world’s oldest museums, Capitoline Museums of Rome.

Today, at the official opening ceremony the Head of Presidential Administration Emil Tarassian on behalf of President Armen Sarkissian and Mrs. Nouneh Sarkissian welcomed the guests. He noted that the exhibition provides another opportunity to enjoy the Italian culture. “As you know, the “Colorful visions of Ancient Rome: Mosaics from Capitoline Museums” exhibition has been opened at the National Gallery of Armenia. At the initiative of President Sarkissian some mosaics of that splendid collection will be in the exceptional manner presented here, at the Presidential Palace. The President wants to create yet another opportunity to come close to the Italian culture, to submerge into the times when Ancient Rome and Great Hayq maintained versatile ties, and , why not, make our current interstate relations even closer,” the Head of Presidential Administration said. He expressed gratitude to the National Gallery of Armenia and Embassy of Italy in Armenia for creating a wonderful cultural atmosphere.

The Ambassador of Italy in Armenia Vincenzo Del Monaco thanked President Sarkissian and Presidential Administration for the provided opportunity. “Our joint efforts are aimed at enhancing our bilateral agenda, especially in the area of culture and arts. I am honored to bring my contribution to the cultural policies of the highest leadership of the country - President and the government- exhibiting these Roman mosaics in the very heart of the Presidential Palace. Culture is a very powerful factor in our bilateral relations. Culture is a common trait for Armenia and Italy, culture is in our DNA,” the Ambassador of Italy noted.

A representative of the company, which transported mosaics from Italy to Armenia, Dominic Lora, noted that Armenia is a favorable venue for carrying out intercultural exchanges. “Presently, I would like to work toward organizing in Italy exhibitions which will present to the Italian public at least some of the Armenian masterpieces which I have had a chance to see during my stay here,” he underscored.

The collection of mosaics from the world’s oldest museum, Capitoline Museums of Rome, includes mosaics from villas and gardens as well as unique pieces found in the tombs. Three exhibits on display at the Presidential Palace were found in Rome in 19-20 centuries when the city was undergoing a reconstruction to become the capital.

The exhibition of the ancient Roman mosaics will be open for visitors till the end of September.