President received delegation of the Union of Armenians of Russia: The more you love your historical Fatherland, the better citizens you will be in Russia 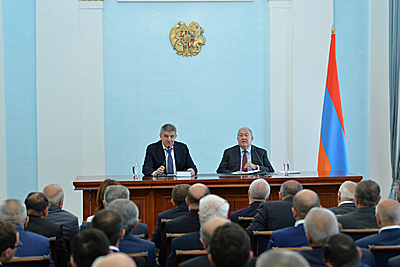 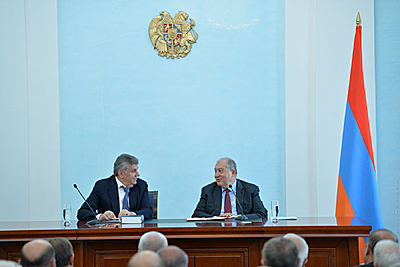 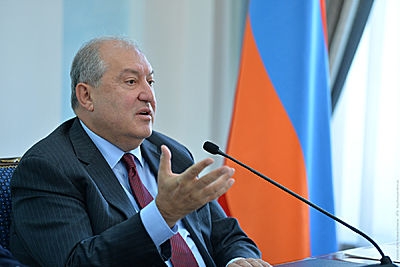 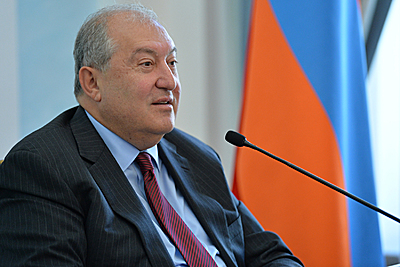 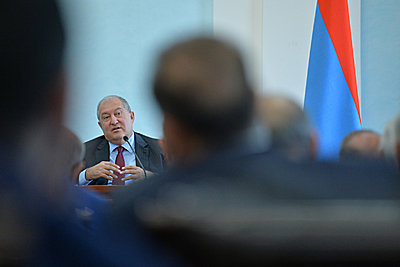 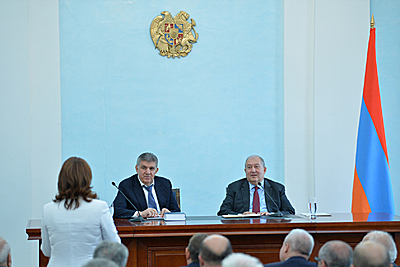 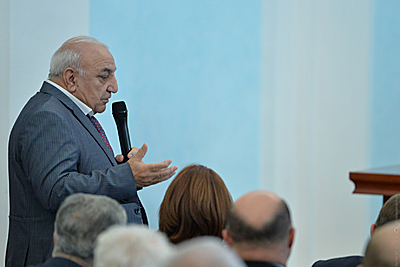 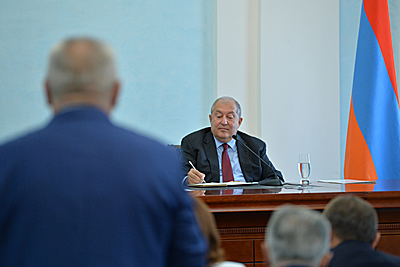 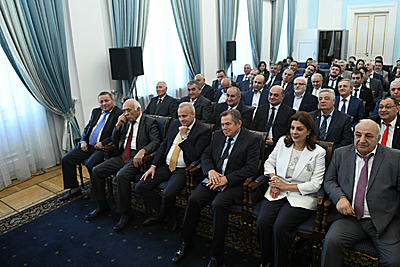 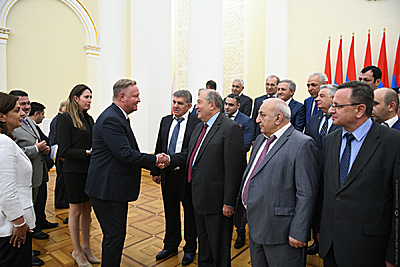 President Armen Sarkissian received today delegation of the Union of Armenians of Russia headed by the Chairman of the Union Ara Abrahamian.

The delegation comprised heads of local structures functioning in different regions of Russia. Welcoming our compatriots from Russia, President Armen Sarkissian said in particular, “It doesn’t matter where you were born or how much Armenian blood you have if you love your country. The more you love your historical Fatherland, the better citizens you will be in the Russian Federation.”

Noting that Armenia and Russia are friendly nations and allies, the President said, “Being citizens of Russia, you are Armenia’s best ambassadors in that country because you represent our entire nation and state. The Presidential Administration is ready to support any positive and good initiative which you will be ready to start in the areas of culture, science, or business.”

President Sarkissian presented to the guests special presidential initiatives including ATOM (Advanced Tomorrow) project aimed at the development of science and technologies in Armenia, turning Matenadaran into an international center for the study and preservation of ancient manuscripts, Homeland Defender initiatives and spoke of his programs on the reconstruction of Gyumri.

The Chairman of the Union Ara Abrahamian thanked the President of Armenia for the meeting and spoke of multiple events organized in Armenia and Artsakh in the framework of the Days of the Union.

Afterwards, President Sarkissian responded to the questions of the participants of the meeting.