President Armen Sarkissian received Armenian and German scientists: Together we can do much more 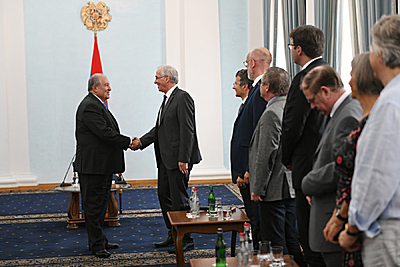 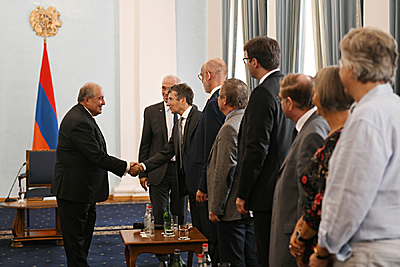 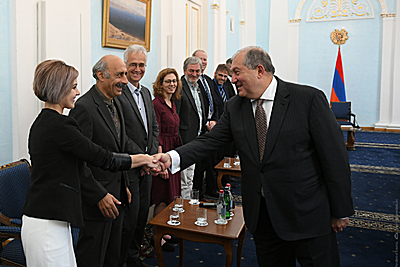 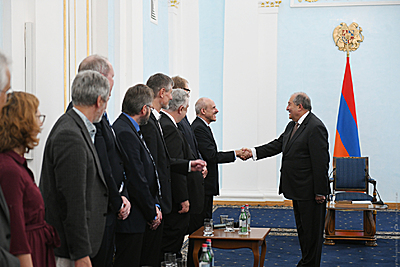 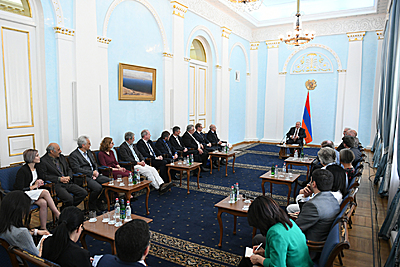 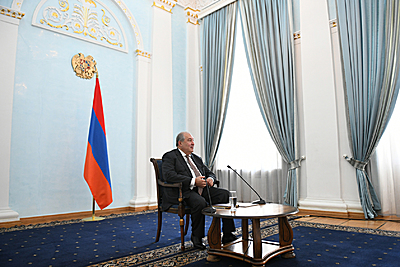 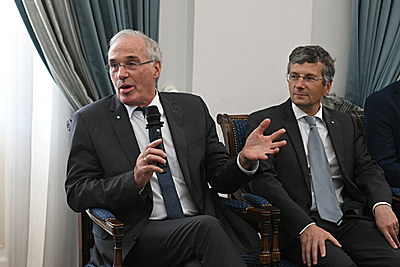 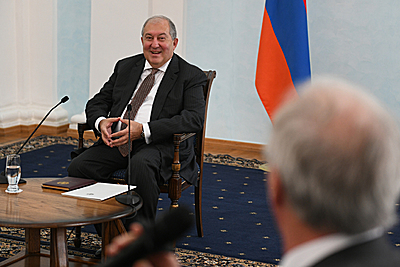 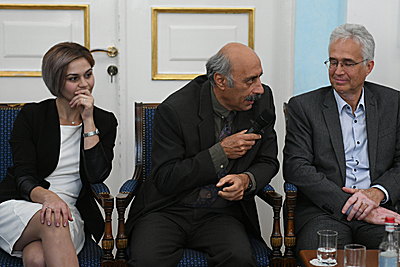 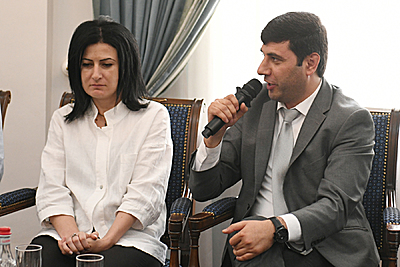 During his 2018 official visit to the Federal Republic of Germany, President Armen Sarkissian was hosted at the DESY and stressed the importance of the further deepening of cooperation with the Armenian colleagues.

Headed by the President of the Board of Directors of DESY, Professor Helmut Dosch, a group of German scientists arrived to Armenia to enhance the existing scientific cooperation with the Armenian colleagues. Welcoming the guests, the President of Armenia noted, “Your visit and the size of the delegation prove that together we can do much more. Please be assured that the Presidential Administration stands ready to assist in making the cooperation deeper and more efficient.”

The President of the Board of Directors of DESY, Professor Helmut Dosch informed on the results of the visit and said that two documents were signed yesterday on the expansion of the scientific collaboration - one with the Yerevan CANDLE Synchrotron Research Institute, the other with the A. Alikhanian National Scientific Lab of the Yerevan Institute of Physics. “We believe, we can further expand our cooperation. There are new areas where cooperation can be launched,” he said, noting in particular the large-volume information management which is one of the current challenges. He added that the cooperation along with the scientific has also an educational component and an agreement has been reached with the Armenian colleagues on exchange and training programs.

Representatives of the CANDLE Synchrotron Research Institute and A. Alikhanian National Scientific Lab in their turn also informed on the areas of cooperation. The President of Armenia hailed as a great achievement the agreement reached between the Armenian and German research centers.

“This is opening new avenues for cooperation, the opportunity to understand how to manage large volumes of information in the contemporary world and what kind of mathematical computation to use for it. This really can become one of the areas of cooperation for the years to come,” President Sarkissian noted and stressed the importance of the educational component. “Any activity carried out in Armenia should have two sides: One is research, the other is education. They should complement each other.” The President wished success to the Armenian and German scientists and expressed readiness to assist within the scope of his abilities to the implementation of their initiatives.