President Armen Sarkissian hosted participants of the AGBU “Koriz” program: Learn every day, be active, and listen to yourselves 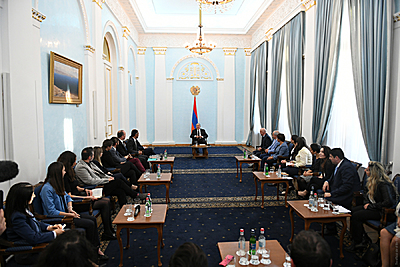 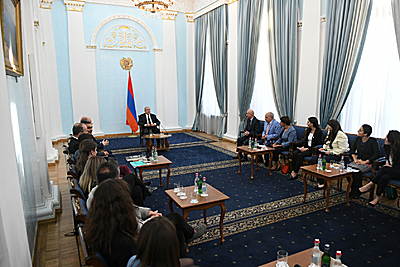 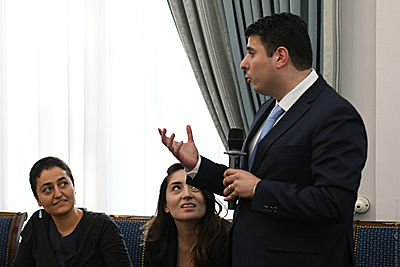 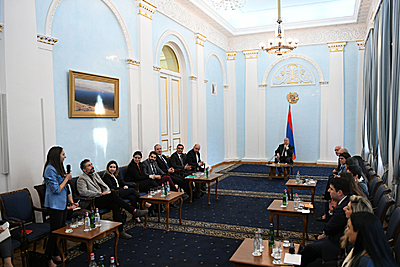 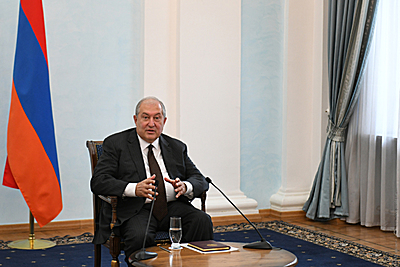 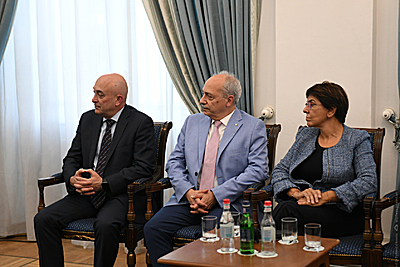 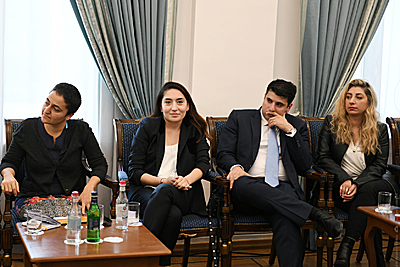 President Armen Sarkissian hosted today young participants of the “Koriz” (Nucleus) program of the Armenian General Benevolent Union who have arrived to Armenia from different countries.

The President conversed with them in the Q&A format, responded to their questions which pertained mainly to the future of Armenia and the Armenian people and prospects of development, existing challenges, the role of Spyurk, opportunities for development in the area of information technologies. “We have an exceptional geographical position, on the crossroads of the ancient civilizations. It was a source of our success but, at the same time, of our tragedies and victories,” the President said. “We lost nearly 1.5 million people just because we lived here, but on the other side, being located at the crossroad developed a phenomenal ability which is required today. We are a nation of survivors. Each of you have this quality in your DNA, and this is a quality which will help us be successful in the 21st century. This will be an era which is totally unpredictable. Everything will change very fast, and it is necessary to adapt rapidly to the changes both as an individual and as a company, institute, or even a country.” President Sarkissian said that representing Armenia, sometimes he thinks of himself as the president of a startup.

“Armenia is one big startup which has very rich, millennia-long history but today it’s a young startup of ideas, undertakings, and great opportunities,” Armen Sarkissian said. “The 21st century is an era when we can be successful but need to work hard to achieve that.” Addressing the young people, President Sarkissian said, “You should be ready for dynamic changes, instability, and difficulties. In the changing world challenges multiply but don’t be afraid of them, just accept them, be realistic, courageous and creative. Learn every day, be active, and listen to yourselves.”

“Koriz” is the AGBU Europe initiative which aims to unite Armenian youth living in different countries, create a strong global network of future Armenian leaders, educate and help them engage in different programs implemented in Armenia and Europe.