President Sarkissian received delegation of SkyPower: The company is interested in cooperation with Armenia in the area of solar energy 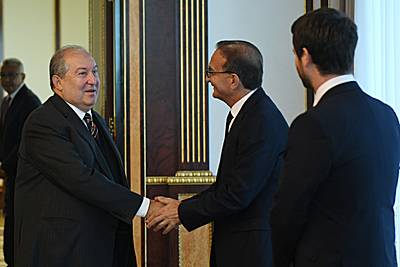 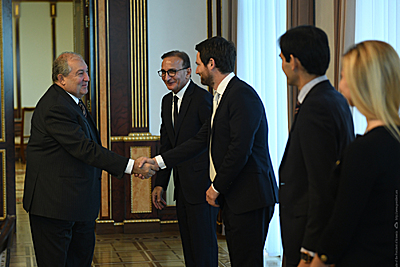 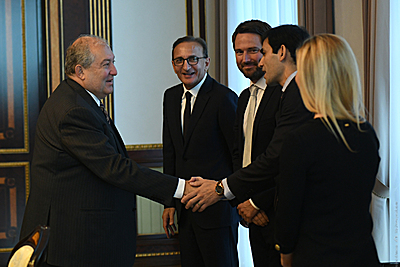 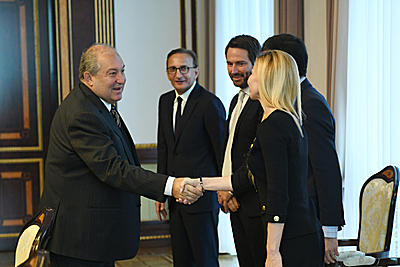 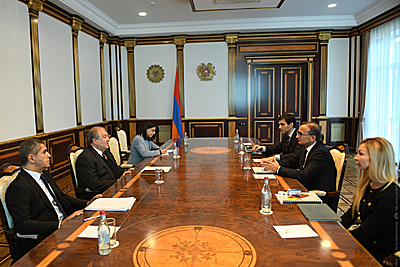 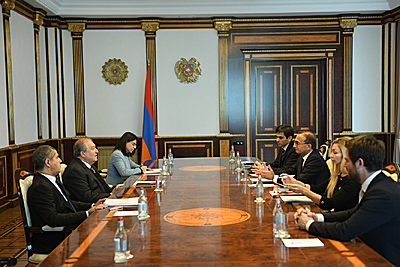 President Armen Sarkissian received today delegation of the international SkyPower company headed by Director General for Sales Charles Cohen. This major company, which is specializing in the area of solar energy, has arrived to Armenia at the invitation of Armen Sarkissian.

Welcoming their readiness to cooperate with our country, President Sarkissian said that Armenia attaches importance to the development of the area of renewable energy and is open for cooperation. “I hope that during your visit, you will have productive meetings with the representatives of the government and will discuss concrete directions of cooperation,” he underscored.

Charles Cohen said that they are interested in cooperation with Armenia and have already conducted feasibility studies on the opportunities of developing the area of solar energy in Armenia, on the implementation of programs which would be presented to the representatives of the Armenian government during the upcoming meetings. He also informed on the programs of the company implemented in other countries and noted that SkyPower is represented on almost every continent.