Armen Sarkissian received heads of Synopsys and Synopsys Armenia : Gyumri is the right place for the implementation of your projects 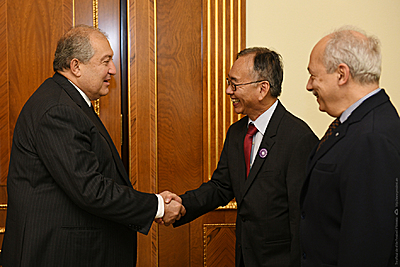 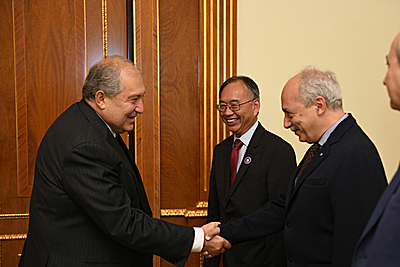 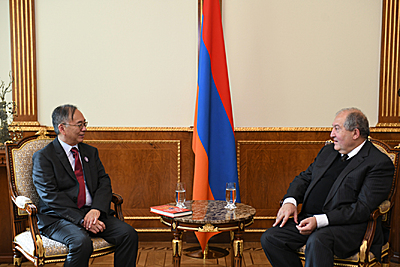 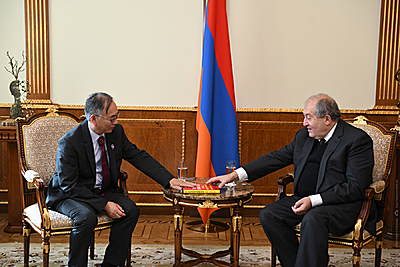 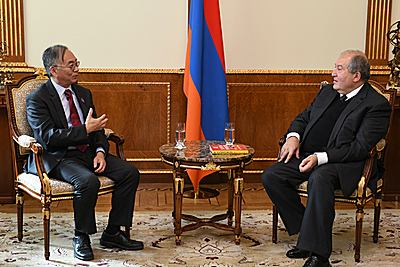 The guests informed the President on the forthcoming programs and activities of Synopsys Armenia. Dr. Chi-Foon Chan informed that he intended to visit Gyumri in the framework of this visit to open a Synopsys Armenia branch there. It was noted that the company has already started to implement educational and training programs for the Gyumri branch of Armenia’s National Politechnical University as well as for the interested students and graduates of other educational establishements with the purpose of engaging them later in the company. “Synopsys Armenia in recent years has made great changes and advancement and developed multiple pioneering programs here. For that very reason, we intend to unfold activities also in Gyumri,” Dr. Chi-Foon Chan said.

President Sarkissian welcomed their intention and wished the company every success. He noted that Gyumri is an interesting and right place indeed for the implementation of such programs. “Gymri is a city of arts and craftsmen, it has wonderful, talented residents and great potential for development. We are trying to revive and bring around the city and we are glad that Synopsys has started to work there,” the President underscored and added that the preservation of Gyumri’s historical heritage is in the center of his attention and one of Presidential initiatives is directed at the preservation and development of the historical core of the city.

He presented to the guests another Presidential initiative, ATOM (Advanced Tomorrow) which is aimed at the development of science and technologies and noted that would be glad along with other major companies to cooperate on this also with Synopsys.