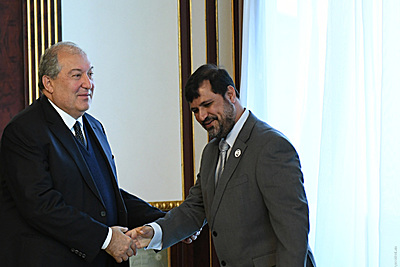 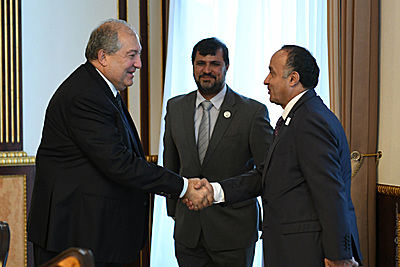 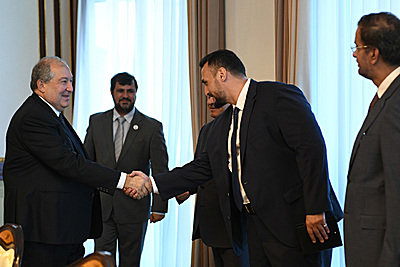 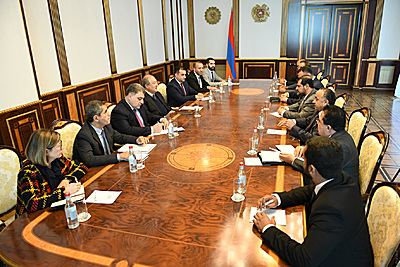 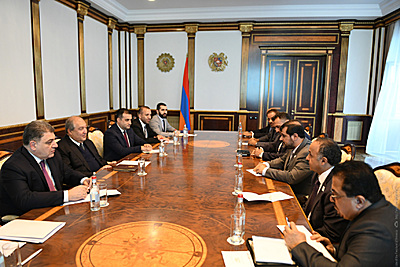 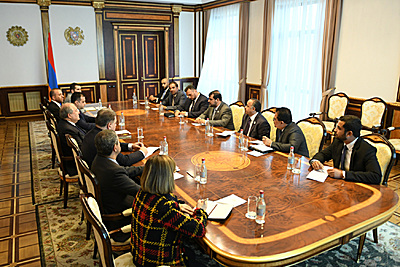 The Tawazun Economic Council was established in 1992 in Abu Dhabi and works mainly in the area of modern technologies and innovative solutions in defense industry.

President Sarkissian welcomed in particular the fact that there are already areas of cooperation which are of certain interest. He expressed confidence that the agreements reached during the visit would kick off the future cooperation.

The CEO of the Council noted that what they had seen in the Armenian engineering and innovation companies was rather impressive and could serve as a good base for the future cooperation. “We are anticipating a lasting and efficient cooperation,” he underscored.

The interlocutors spoke of opportunities for cooperation in the areas of modern technologies, education, particularly exchange programs for students and joint scientific research. In this context, President Armen Sarkissian presented the ATOM (Advanced Tomorrow) Presidential initiative which is aimed at the development of modern technologies and science in Armenia. The program, along with other components, aims at bringing to Armenia major international companies working in the area of IT and high-tech to implement here scientific, educational and research programs. “It will create a favorable environment and will allow to learn from big companies” President Sarkissian underscored. He proposed to view the opportunities for cooperation in the framework of this project too.