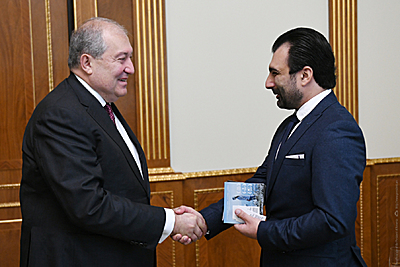 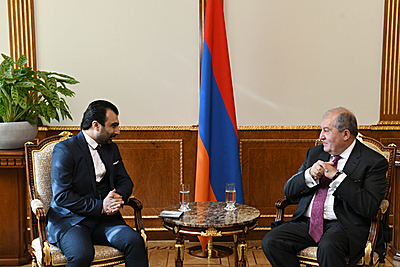 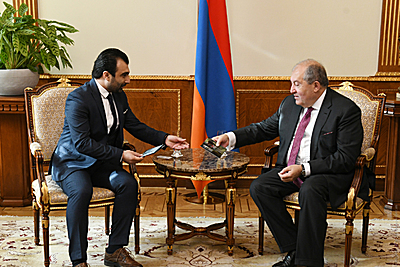 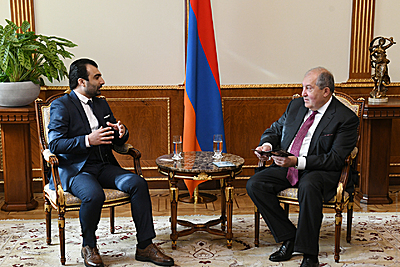 The director presented to Armen Sarkissian his movies and told about the forthcoming projects. He referred in particular to his latest movie named The Gates to Paradise, the history of its creation, works aimed at its presentation at the prestigious international film festivals and making it available for the world audiences. It was noted that the film, which evolves around the Artsakh conflict, is the result of the joint works with European film professionals.

President Sarkissian wished success to the director and his creative team and expressed readiness to assist in the scope of his abilities in the implementation of their future plans.