President Sarkissian attended the agreement signing ceremony between Masdar company and ANIF: this is only the beginning of a long journey 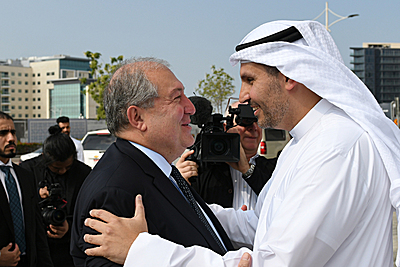 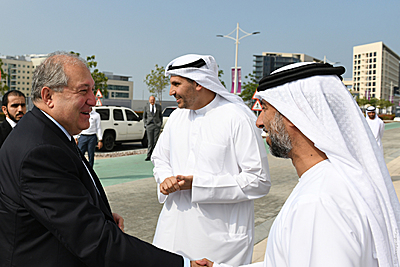 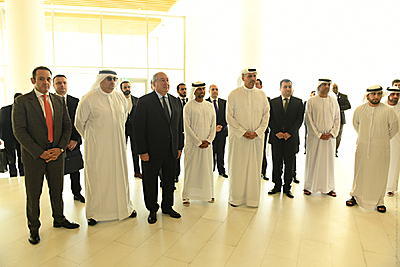 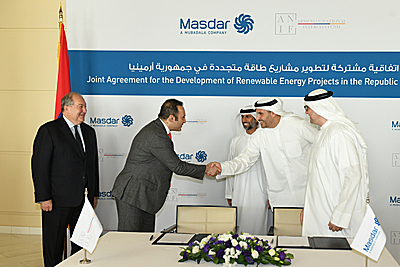 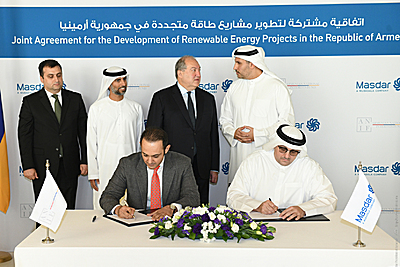 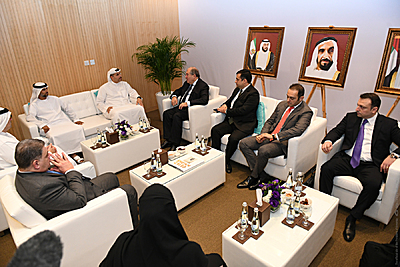 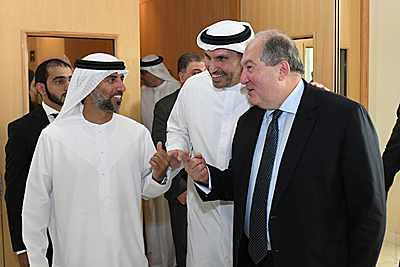 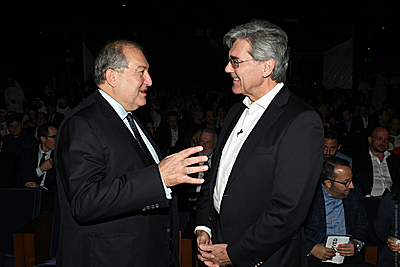 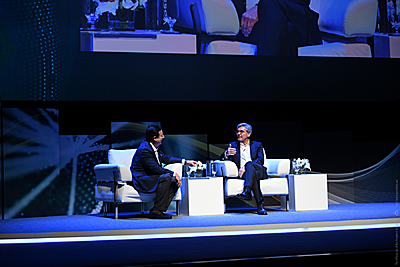 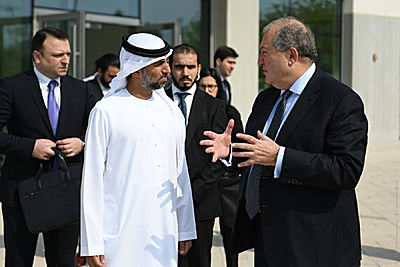 President Armen Sarkissian has arrived to the United Arab Emirates on a working visit. Today, in Abu Dhabi he was present at the official agreement signing ceremony between the Masdar company and the Armenian National Interests Fund (ANIF) for the joint development.

According to the agreement, solar energy projects of 400 megawatt general capacity will be developed in Armenia and investments over 300 million USD will be made. The first project envisaged by the agreement relates to the construction in the western part of Armenia of the solar photovoltaic stations of 200 megawatt general capacity.
After the signing ceremony, which took place at New York University of Abu Dhabi, President Sarkissian had a meeting with the Executive Director of the Mubadala investment company Khaldoon Al Mubadarak and Minister of Energy and Industry Suhail Al Mazroui.

“Recently, the relations between our two countries have moved forward considerably thanks to your efforts. You have a great input in the advancement of our relations, and today we cooperate in the atmosphere of trust and mutual understanding,” Khaldoon Al Mubadarak said addressing the President of Armenia. He added that there are only few presidents in the world who are capable of conducting such a multidimensional policy and know well how economy works.

The Director of ANIF David Papazian thanked the President for assistance. “We used the opportunity which President Sarkissian opened during his visit to the UAE last January. As a result, high quality and competitive partners will come to Armenia with an excellent proposal. We are planning to have in Armenia the second energy station which will match the capacity of the existing nuclear power station and will work on renewable energy sources,” he said.

The President hailed the accomplished works and noted that this cooperation establishes a good base for a broader cooperation.

“This is only the beginning of a long journey. Together we can do much more. We need to work harder and we will have good results which will benefit you as well as Armenia,” the President of Armenia said. “Armenia has beautiful nature and we have to be very careful with our nature. Energy production and mining are industries which we have to be very careful about. I believe this cooperation will be successful not only in making Armenia greener but will also be useful in making Armenia’s energy system more balanced.”

At the same time President Sarkissian suggested to view Armenia as a platform for entering the big market of the Eurasian Economic Union. He expressed hope that the results of the meetings earlier this year and this one would promote the development of Armenia-UAE relations.

President Sarkissian was present also at the Mubadala business forum held in New York University of Abu Dhabi and had a brief conversation with the President and Executive Director of Siemens Joe Kaeser.