President Sarkissian participated at Silicon Mountains technological conference: Armenia has become a major port in the ocean of global information 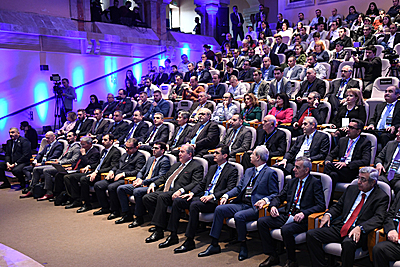 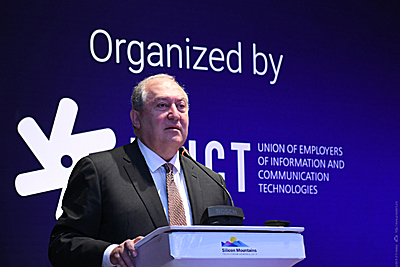 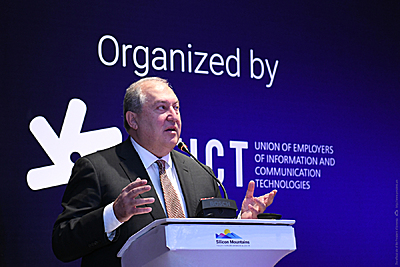 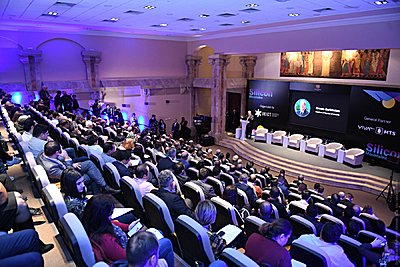 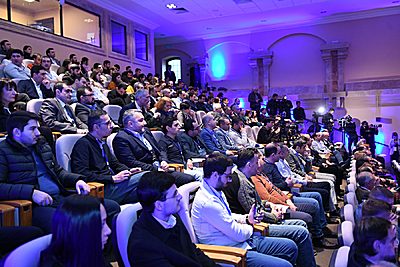 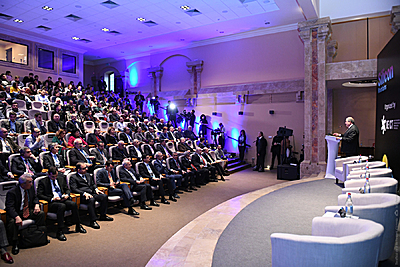 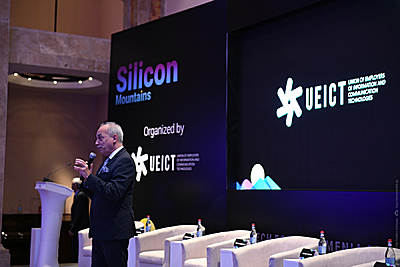 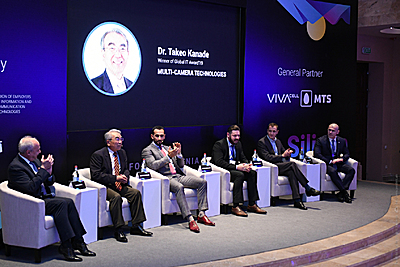 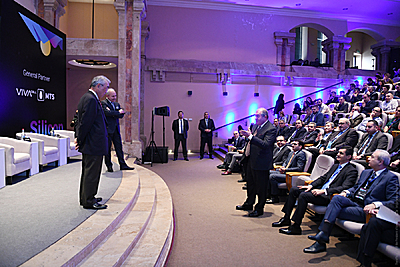 In the framework of the conference, which is dedicated to smart decisions in the area of IT and information technologies and trends anticipated at the global market in the coming years, the Armenian IT and information companies and invited foreign experts will present to the business community and state sector the projected challenges and will conduct discussions on the trends of development of modern technologies.

Welcoming the participation of the President of Armenia to the conference, the President of Synopsys Armenia company Ervand Zorian noted that being a professor, a successful businessman, and a diplomat, Armen Sarkissian has been able to present to the world Armenia’s technological area. “He has been with us since independence and has been making his contribution to the development of this area, taking consistent steps in this direction, bring pan-national companies to Armenia and supporting our companies in presenting ourselves to the world,” Ervand Zorian said.
In his welcoming remarks President Armen Sarkissian noted that he totally supports all efforts aimed at the development of the technological area. “I like the title of the conference – Silicon Mountains. I believe, steps taken today are “hills” which one day will merge and become Silicon Mountains,” the President noted.

According to the President, artificial intelligence, new technologies, machine learning, and mathematical modeling are areas of absolute priority for Armenia. “I have a dream and a vision of making Armenia a port in the ocean of global information data. We always say that Hong Kong, Singapore, Shanghai and other places are successful. One of the reasons – they have seaports. Going back 150 years, the great part of the world trade was done not through the Silk Road but through seaports. Those countries, which had opportunities to build seaports, gradually became industrial hubs. However, to have harbors is not enough; it is necessary to work hard, unite, and concentrate. We need to concentrate our forces and efforts to move in the right directions. These directions are new technologies, artificial intelligence, machine learning,” the President underscored. “There is a great competition today in the world, and it is necessary to exercise huge efforts to win and to build one’s own port in the area of information. Together we can do a lot, with our compatriots abroad and here in Armenia, as a state, as a government, as a private sector, together with the Armenians who are already engaged in that industry, and together with the Armenians who will be engaged tomorrow. I believe that we can have Silicon Mountains because we are a hardworking, honest, and flexible nation which survived hardships and found the right solutions. It is in our DNA. Everyone should chip in. When we unite, make efforts, and form our common absolute priority – development of new technologies, believing that Armenia can and will become one of the world’s leading technological countries, only then we will succeed.”

President Sarkissian spoke also of the Presidential initiatives, stressing in particular the ATOM (Advanced Tomorrow) program which is aimed at the development of modern technologies and science in Armenia. “This initiative might become another “hill” which will create a “mountain”, President Sarkissian added and noted that it is envisaged to bring together in the framework of the ATOM major international technological companies such as IMB, Dassault systemes, THALES Group, Elettronica, and together with them to create scientific and research centers. “To be able to do that, it is necessary to establish ties with those companies, becoming not just consumers of their products but their partners in the creation of new technologies, in the areas of artificial intelligence and machine building. This is the mission of ATOM. We should bring them to Armenia, establish laboratories where new technologies will be created. All mentioned companies note that would like to work with us in the research and education areas,” the President of Armenia said.

President Sarkissian invited the participants of the conference to participate to a number of conferences to be held in Armenia next year, including the famous Armenian Summit of Minds which in particular will be dedicated to artificial intelligence and geopolitical risks. Our country is also to host the 6th STARMUS international festival. In the framework of the event, Nobel Prize winners, world-famous scientists, astronauts, and musicians will visit Armenia. The festival aims at making science approachable, at inspiring younger generations and making scientific work attractive for them.

Another event planned for the next year is Horasis-China international conference dedicated to China. In the framework of this conference nearly 300 Chinese companies will be presented in Armenia.

“I wish great success to you all. I hope that together we will be able to make our common dream – making Armenia a big international port of virtual and information area in the world ocean of global information - come true,” President Armen Sarkissian underlined.