President Armen Sarkissian met with the women entrepreneurs of Gyumri at the LOFT center: Gyumri is also strong because of its women 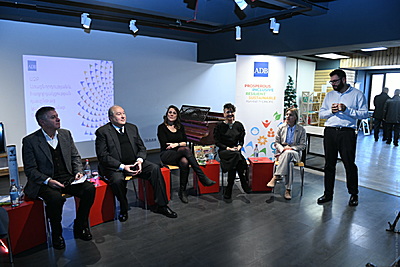 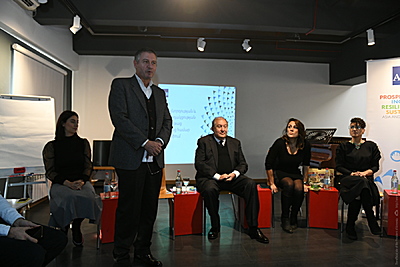 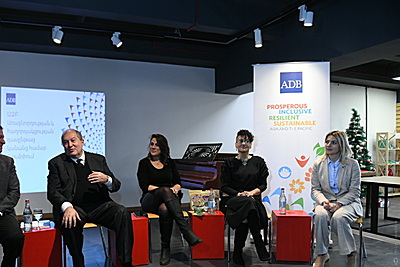 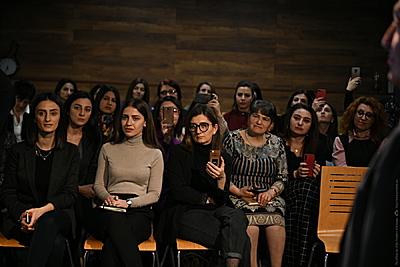 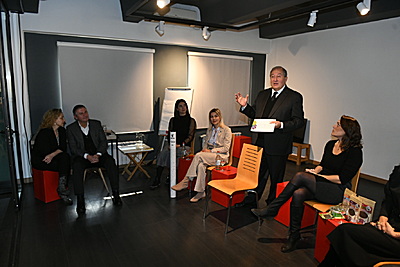 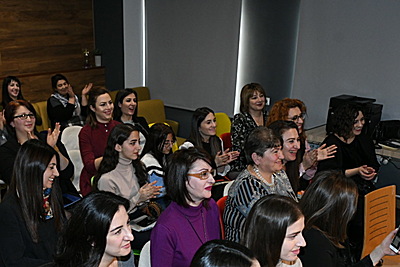 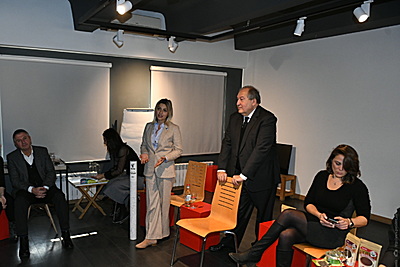 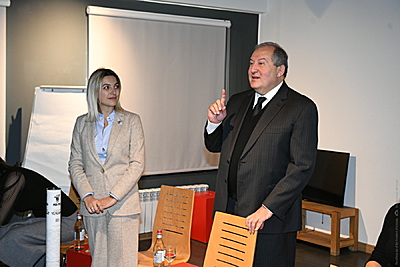 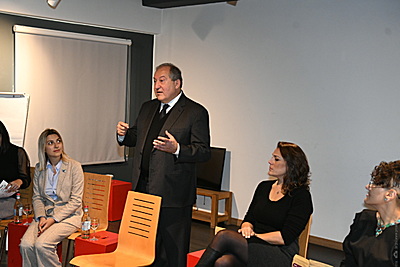 President Armen Sarkissian, who is Gyumri on a working visit, today visited the LOFT Center where leadership and communication courses for the beginner women entrepreneurs of the city are offered through the assistance of the Asian Development Bank (ADB).

The organizer of the courses, Director of the Resident mission of the Bank to Armenia Paolo Spantigati presented the program and expressed hope that the courses would be useful and would allow women entrepreneurs to acquire new skills and further develop their companies.

In his remarks President Sarkissian said in particular, “I truly believe that opportunities in our country are ample today. It is important for you to believe, it is significant.” According to the President, there are multiple examples when societies of different countries were able to survive because women were more pragmatic, stronger and were able to keep their families, communities, and societies strong. “There have been talks on the protection of women, familial or other problems. I believe we will overcome all that and one way to do it is the system of our values,” the President noted, “because our national values, our families deep within, in their roots hold all those values which result in strong families.”

President Sarkissian conversed with the women entrepreneurs-participants of the course, responded to their questions, listened to their stories and observations. He noted that Armenian women also have an advantage because their families would support them in their undertakings. “Today Gyumri is alive and lives on also because of the women, because they didn’t despair and stood strong. We have to help each of you in finding a talent you have within and use it. Be confident and move forward with no fear,” the President said addressing the participants of the course.

He proposed that the ADB establishes a special fund to finance women’s startups.
Armen Sarkissian agreed with the observation of a participant of the meeting that the most important factors for carrying out any program or business is peace in the country, stability, and the rule of law. He stressed the importance of the rule of law and fight against fraudulent trends.

In this context, he spoke in particular about the fight against corruption and noted that there were many forms of fight; however, the most important of them is the change in the attitude and mentality towards such occurrences, shaping of a new culture and intolerance of the society. “For the body to fight a disease, it is necessary to fortify its immunity. By the same token, for the fight against corruption to be efficient, it is necessary to shape a society which rejects corruption and has a high level of resistance towards it,” President Armen Sarkissian said.