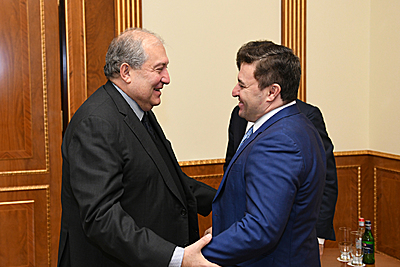 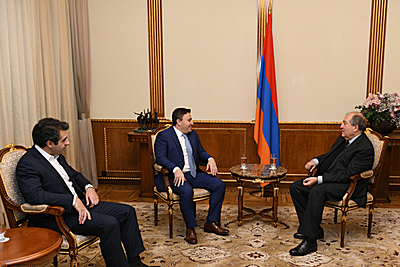 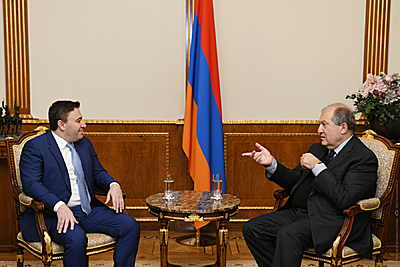 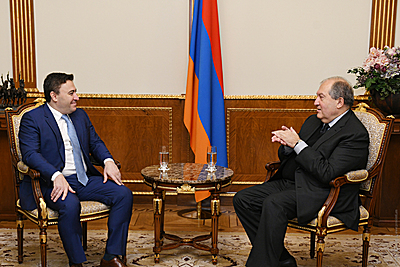 The Aram Khatchaturian 7th international festival will commence on December 14 with the joint concert of Armenia’s State Symphonic Orchestra and the celebrated musician.

The President welcomed the guests and said that he was glad to see again in Armenia his old friend and famed artist. He highly praised the art of Maxim Vengerov and noted with satisfaction that the Armenian audience would enjoy once again the great art of the virtuoso violinist.

Among the greatest achievements of the ongoing concert season Sergei Smbatian noted the fact that according to the memorandum signed with Armenia’s State Symphonic Orchestra, in the 2019-2020 artistic season Maxim Vengerov would perform as a resident artist.

Maxim Vengerov thanked the President of Armenia for the reception, spoke about his close ties with Armenia and underscored that those ties become stronger with each visit to Armenia where he is warmly received by the music lovers. He spoke about the cooperation with Armenia’s State Symphonic Orchestra and forthcoming programs.