President Sarkissian made a statement at the Doha Forum: this is a new world where small countries can become powerful 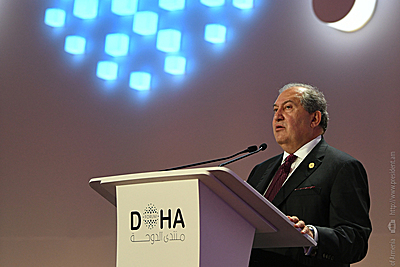 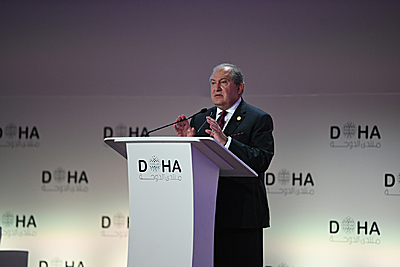 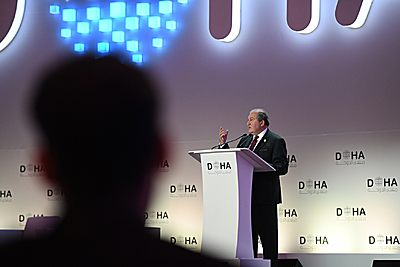 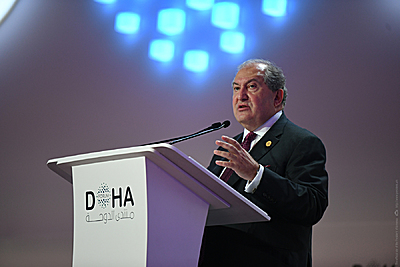 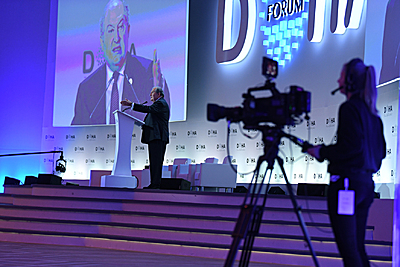 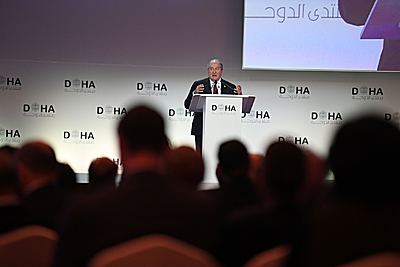 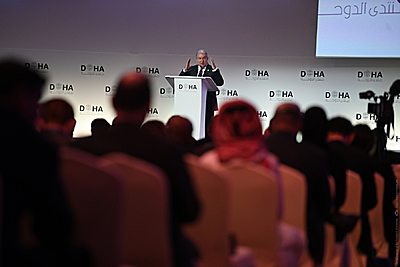 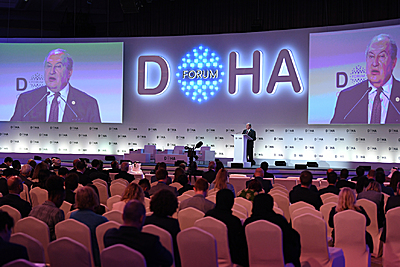 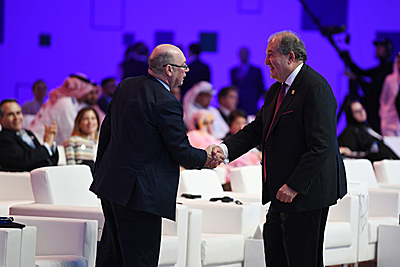 President Armen Sarkissian, at the invitation of the Emir of the State of Qatar Tamim Bin Hamad Al Thani participated at the prestigious Doha Forum and made a statement at the plenary session of the Forum.

This year the Forum is titled “Reimagining Governance in a Multipolar World” and is dedicated to the issues of shaping efficient governance mechanisms in the rapidly changing world.

President Sarkissian in his statement highlighted the development trends of the world.
“The reality is that the world is not only multipolar but much more complicated than we expected. Along with the complicities of the multipolar world there are also multiple questions which remain unanswered. Uncertainty is much greater than certainties, unpredictable events are greater in number than those which is possible to predict and taken corresponding steps,” the President noted. “Why all this is happening? In a sense, at the moment we are at the crossroads of times and through the gates of that times we are entering a new era.”

According to the President, today along with a natural and real life there is also a virtual life which creates a totally new and different environment of a quantum nature: old paradigms are not applicable any longer for politics and security strategies, and it is necessary to take into consideration the realities of the new world.

“At this point, I would like to refer to the importance of the “small.” All examples I presented were about “the power of the small”: one or two talented individuals create huge multifunctional companies. One or two politicians, who have great energy and understand what goes on in the world, using global, social networks can carry out a revolution, becoming next leaders of their nation. There are countries which were not well-known in the world, but having a powerful military force, created their own military tools, which can be as efficient as those of the superpowers,” President Sarkissian underscored. “That “small power” starts from individuals, motivated people which come up as an entity with a good motto, one target, and one mission in their lives: the same is true for countries. There is no doubt that this world is multipolar. And not only superpowers but also small and successful countries have their own “powerful voice.” I am glad that this simple idea or message is being delivered here, in Doha. Qatar is the perfect example of a small country, which is not only beautiful but also successful. There are many other countries in this “gulf” which are equally successful. Among them Singapore which has a great influence on the global prospects. Another one is Rwanda whose president is here. These are small countries but they have a precise vision, know exactly their advantages and turn them into a success. Other countries, such as Qatar, not only use natural resources but employ them to build the future. That future will be based not on natural resources but on education, artificial intelligence, creation of a new data, and technologies.”

Speaking about Armenia, President Sarkissian noted that with this regard country too, has certain advantages. “In this new world, our country too, has advantages. It is not only our millennia-long cultural heritage or our roots but also the fact that we attach the utmost importance to education, science, and technologies. We have been able, for instance, to create a scientific and educational system which we currently export to the developed countries such as France, Germany, Great Britain,” the President noted. “Armenia is a country which has a very clear-cut advantage: we are a small country and people but a global nation. The number of the Armenians living all over the world is four to five times bigger than those living in Armenia proper. Those are survivors – people who were able to change their lives according to the environment. They are good citizen of the countries they live in. This is very important for the president of Armenia, to understand that Armenians in different countries of the world manifest themselves in the same way they do in their own country. This is a capacity, which I hope, will put Armenia on the list of the successful countries. Yes, there is no doubt that the world is complex and multipolar. The world is so complex that we have to call it quantum. We have to understand that this new world connects very quickly with new technologies. This is a new world where small can be beautiful and powerful. I wish all small countries understand that they can be small but also powerful.”