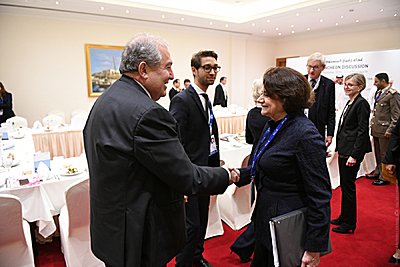 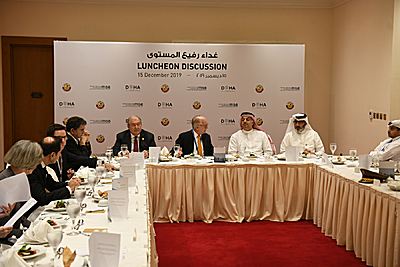 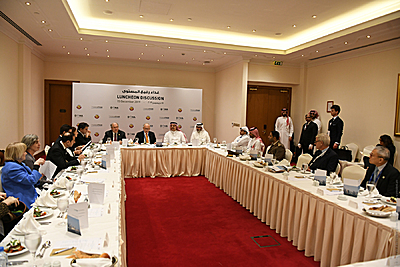 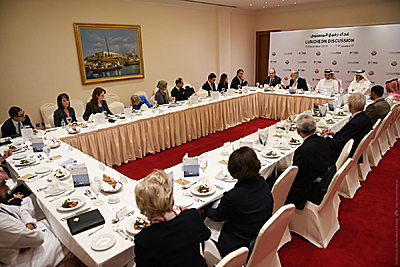 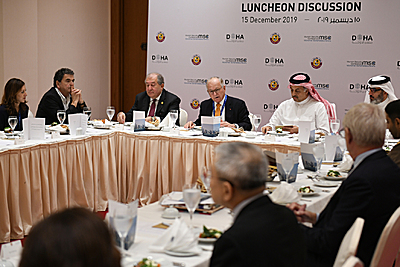 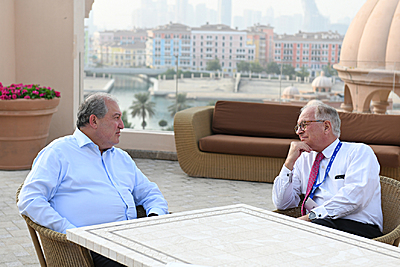 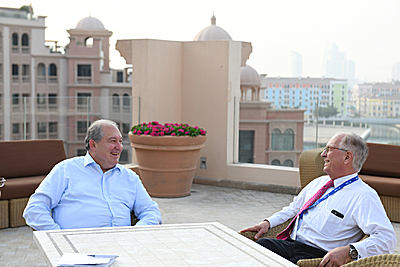 During his working visit to the State of Qatar, President Armen Sarkissian participated at the round table discussions of the Munich Security Conference dedicated to the regional security issues. The discussions were held in the framework of the Doha Forum.

At the discussions, which were led by the President of the Munich Security Conference Wolfgang Ischinger, participated also the UN Under-Secretary-General for Political Affairs and Peacebuilding Affairs Rosemary DiCarlo, the Assistant Secretary for the Bureau of Conflict and Stabilization Operations at the US State Department Denise Natali, renowned experts of the security area.

During the round table conducted under the Chatham rules, President Sarkissian and Vice Prime Minister and Minister of Defense of the State of Qatar Khalid bin Mohammad Al Attiyah made statements and responded to the questions from the audience.

President Armen Sarkissian received an invitation from Wolfgang Ischniger to participate at the annual meeting of the Munich Security Conference and to present his theory on the quantum nature of the global risks.