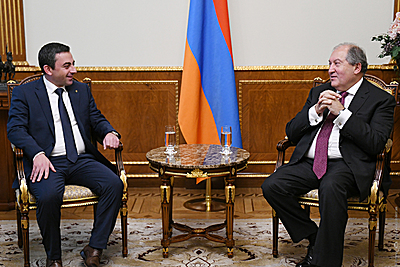 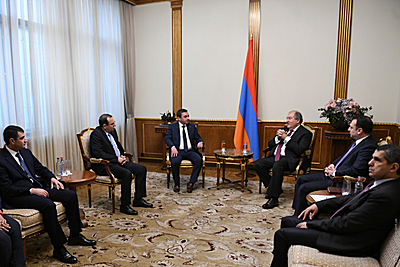 In the framework of his end-of-the-year series of meetings, President Armen Sarkissian received the representative of the Armenian ARF Supreme Body Ishkhan Saghatelian and members of the Supreme Body Artsvik Minassian, Shaghik Marukhian, and Ashot Simonian.

During the meeting discussed were accomplished works, issues of the foreign and domestic policy, economic developments, reforms in the judicial and legal structures, and a number of other issues.