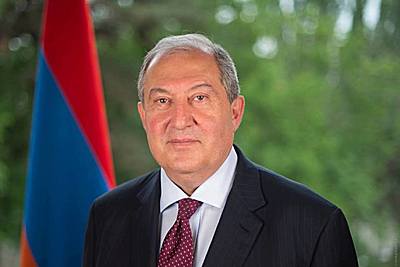 President of Armenia Armen Sarkissian will conduct a working visit to the United Arab Emirates.

In the framework of the visit, the President of Armenia will have meetings with the highest leadership of the UAE. The discussions will be focused on the agenda items related to a mutually beneficial cooperation. Discussed will be also the agreements reached during the previous meetings.

Among significant topics of President Sarkissian’s meetings will also be the areas of nuclear energy, modern technologies, food security, as well as cooperation in the framework of the ATOM (Advanced Tomorrow) initiative aimed at the scientific and technological development.

In Abu Dhabi, the President of Armenia will participate as a keynote speaker at the Abu Dhabi Sustainability Week prestigious international forum. The Abu Dhabi Sustainability Week forum is being held since 2008. It is a global platform which brings under one roof heads of state, politicians, reputable experts, scientists, and entrepreneurs to discuss global challenges for the world’s sustainable development and urgent issues. The opening ceremony of the forum will be attended by nearly 4000 participants from over 175 countries, including heads of state and government, diplomats, political and public figures, major businessmen.

This year, the conference will focus on climate change and its consequances, issues of energy and food security, innovation and application of biotechnologies in the area of healthcare, artificial intelligence and youth related issues.

President Sarkissian will also hold bilateral meetings with the presidents and heads of government attending the forum in Abu Dhabi, particularly, President of Indonesia Joko Widodo, President of Rwanda Paul Kagame, Prime Minister of Serbia Ana Brnabić, and others.