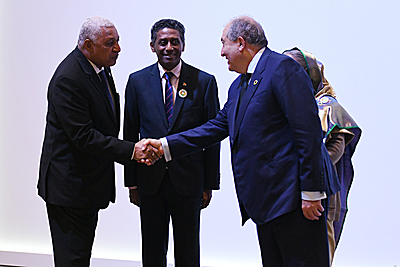 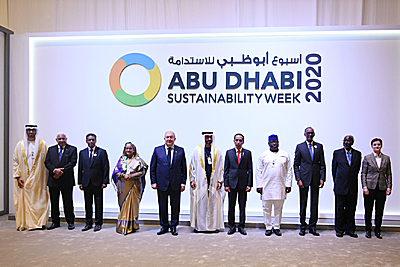 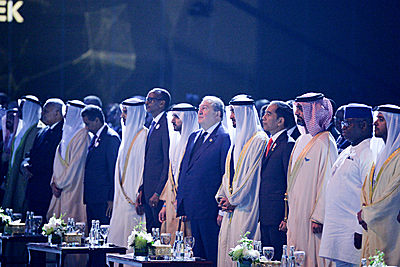 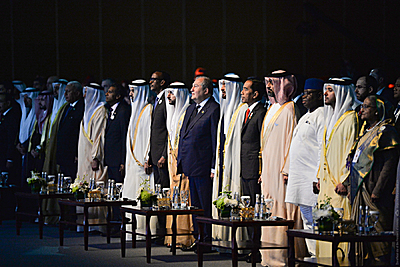 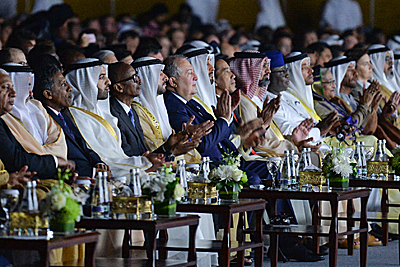 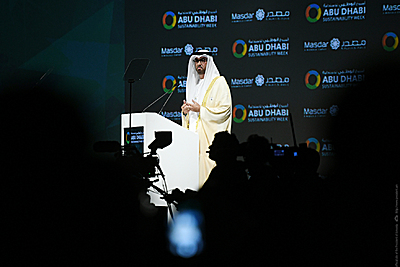 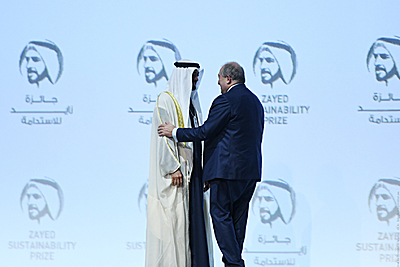 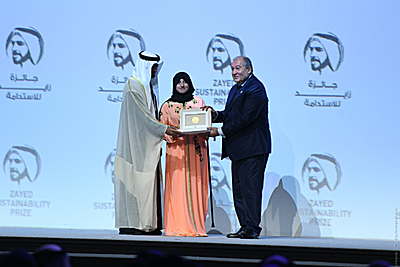 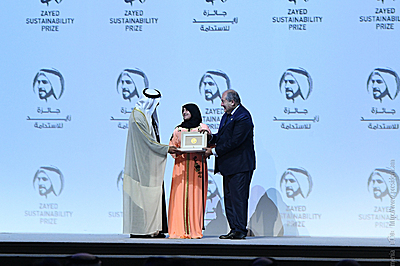 President Armen Sarkissian, who is in the United Arab Emirates on a working visit, in the capital city of Abu Dhabi participated at the opening of the Abu Dhabi Sustainability Week prestigious international forum which was attended by the Crown Prince of UAE, Deputy Supreme Commander Sheikh Mohammed bin Zayed Al Nahyan, President of Indonesia Joko Widodo, President of Rwanda Paul Kagame, Prime Minister of Serbia Ana Brnabić, heads of state and government from other countries, diplomats, politicians and public figures, major businessmen, over 4000 participants from nearly 175 countries.

The Abu Dhabi Sustainability Week forum is being held since 2008. It is a global platform which brings under one roof heads of state, politicians, reputable experts, scientists, and entrepreneurs to discuss global challenges for the world’s sustainable development and urgent issues.

The Zayed Sustainability Award ceremony also took place during the opening of the Forum.

The President of Armenia Armen Sarkissian handed the award to the Al Amali School. Al Amali is among a few schools in Morocco which educates students in the area of agriculture and teaches to overcome water shortages in summer. The school is striving also to have a positive impact on the community by implementing a number of programs which are aimed at raising the awareness in the areas of ecology and sustainable development. One of the projects offered by the schools is aimed at providing water through clean energy.

Zayed Sustainability Award is being handed since 2008 and aims at encouraging entities working in the areas healthcare, food, energy, education and water supply which put forward innovative and inspiring solutions for sustainable development.