Small countries too, can be strong, efficient and successful: Presidents of Armenia and Rwanda stressed the importance of close cooperation 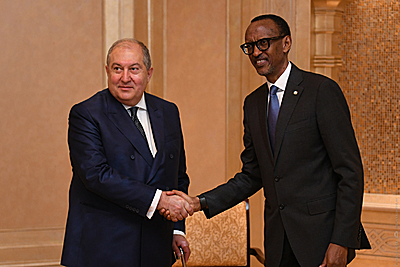 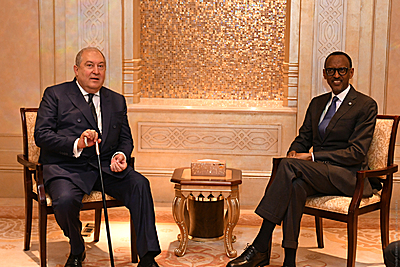 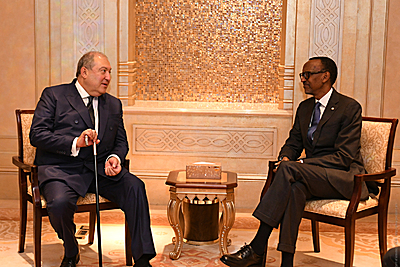 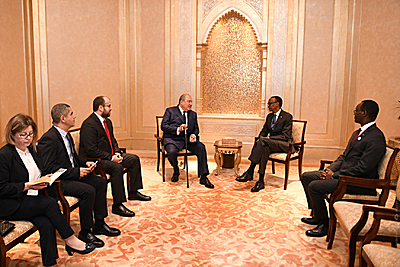 President Armen Sarkissian in the framework of his working visit to the United Arab Emirates met with the President of Rwanda Paul Kagami who also participates to the Abu Dhabi Sustainability Week international forum.

The Presidents of the two countries concurred that Armenia and Rwanda have multiple similarities, comparable history and problems, both nations survived a genocide, both are small but strong, have numerous advantages which can be translated into success and they also have common interests. The parties agreed that the two countries need to discover each other, familiarize with each other’s opportunities and it is necessary to work vigorously in that direction.

Stating that multiple examples prove that small countries can also be strong, efficient and successful, Presidents of Armenia and Rwanda spoke about the necessity of a close cooperation of the successful small countries.

President Sarkissian noted that this year Armenia would host a number of international conferences, particularly the Armenian Summit of Minds and STARMUS 6th international festival and invited his counterpart from Rwanda to participate in the mentioned events.