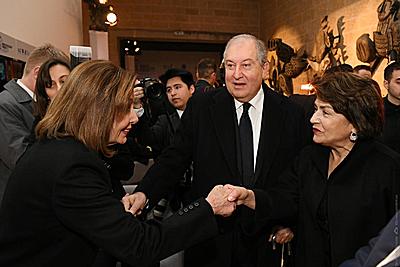 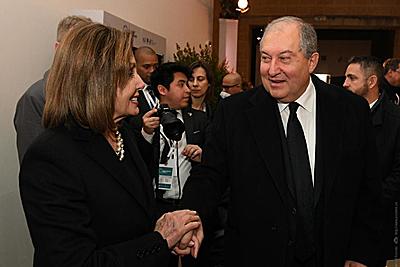 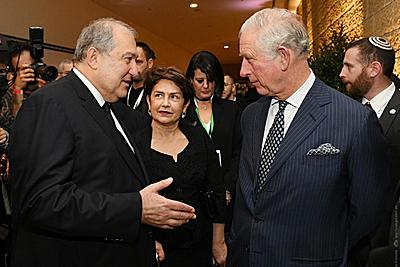 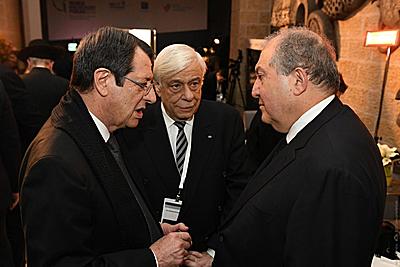 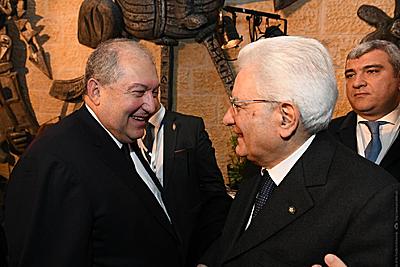 President Armen Sarkissian in Jerusalem participated at the 5th World Holocaust Forum. The Forum titled “Remembering the Holocaust, Fighting the Antisemitism” held in Yad Vashem, a memorial dedicated to the victims of the Holocaust, brought together leaders from over 40 states and other high-ranking officials. The Forum was opened by the President of the State of Israel Reuven Rivlin under whose auspices the World Holocaust Forum Foundation in cooperation with Yad Vashem it is being held. The President of Israel thanked the participating countries for solidarity and sent a message to remember and never forget.

At the Forum statements were made by the Prime Minister of Israel Benjamin Netanyahu, President of the Russian Federation Vladimir Putin, President of France Emmanuel Macron, Vice President of the United States Mike Pence, Prince Charles from the United Kingdom, President of Germany Frank-Walter Steinmeier, as well as by the Chairman of the Yad Vashem Council, the Rabbi who has survived the Holocaust Yisrael Meir Lau.

The speakers noted that it was no accident that the Forum was held in Yad Vashem, at the memorial dedicated to the victims of the Holocaust. Commemorating the 75th anniversary of liberation of Auschwitz-Birkenau, the Forum once again sent a message that antisemitism, xenophobia, racism, and intolerance have no place in the contemporary world. Their acknowledgment, recognition and unequivocal condemnation is everyone’s moral obligation and primary responsibility in the name of the past and future of the human race.

It was noted that the leaders were gathered at Yad Vashem with responsibility for the past and the future. It is important to remember not forget the sufferings of the victims and survivors, and not to allow that in any country, in any nation’s life, at any time such crimes happen again. As a responsibility for the future and generations, they say “Never Again…”

A multinational orchestra and a choir led by Maestro Vladimir Spivakov in the universal language of music performed in the name of peace and harmony.

The President of Armenia and leaders of other states participating to the Forum laid wreaths at the memorial dedicated to the Warsaw Ghetto Uprising which is authored by the renowned sculptor and artist Nathan Rapaport. They also paid tribute to the memory of the victims of the Holocaust.