President Armen Sarkissian met with the President of Israel Reuven Rivlin: it is important the Israel takes the leading role and recognizes the Armenian Genocide 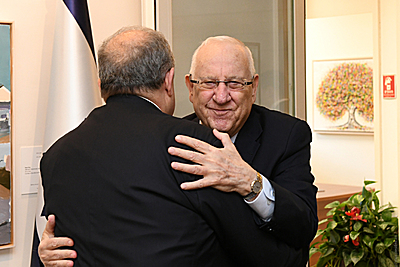 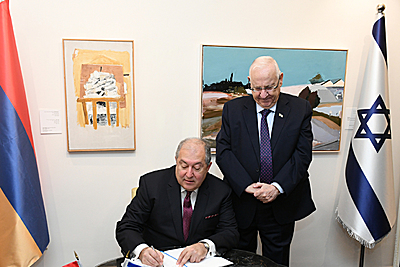 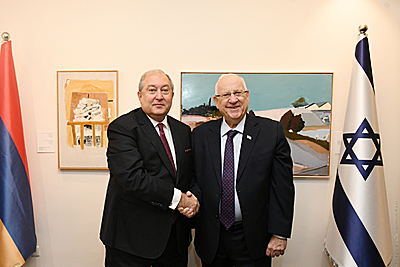 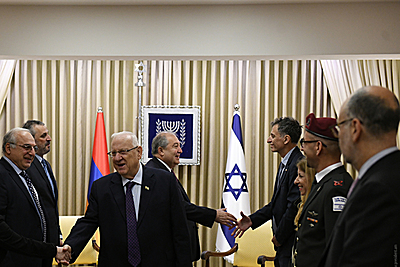 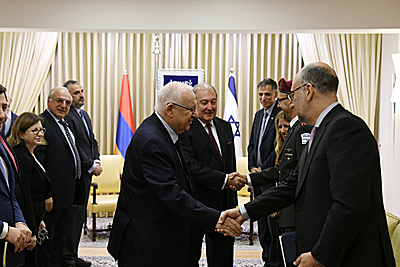 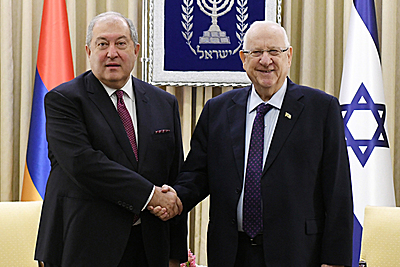 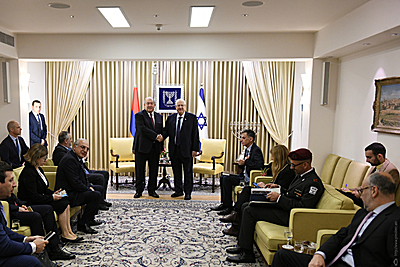 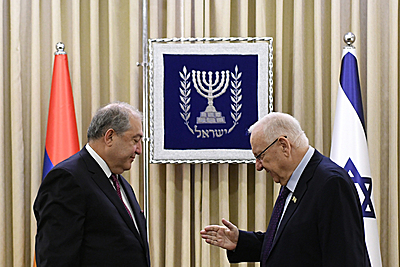 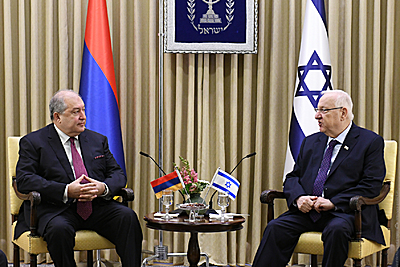 President Armen Sarkissian, who is the State of Israel on a working visit, met with the President of Israel Reuven Rivlin.

“It’s an honor for me to meet with you in Jerusalem, at the Presidential Palace,” the President of Israel said, welcoming the President of Armenia. “Our peoples are united through a very bloody history. We are very touched and appreciate very much your participation at the historic event to commemorate the Holocaust which is about remembering and passing the history to the next generations. This is also about being united to stop fascism, racism, hatred, antisemitism.

Your participation to this special and historic gathering is very significant. We should also look towards the future. I hope that our relations and cooperation will become a base for us to do more.”

President Sarkissian thanked for the invitation to participate at the 5th World Holocaust Forum and said in particular, “I came to Jerusalem with the exactly same thoughts. They are about remembering the past and looking towards the future. I would like to look towards the future because I am confident that collaboration and cooperation between Armenia and Israel, Armenian and Jewish peoples have great potential. First, we share many common values, our historical journeys were also very similar and they continue to be so even today. We are also peoples which between life and death had chosen life. Historically, death was always chasing us but life always was with us. I am here also to see life.

We, together with you and other nations, fought against fascism. I am proud to say that nearly 600,000 Armenians fought in the Soviet Army, 300,000 of them sacrificed their lives in that fight. And this was Armenia being a small part of the Soviet Union. They fought against Nazism, at the same time they fought for their Fatherland. More than one hundred Armenians became the Heroes of the USSR. Armenians brought their contribution to the peace in the world, for Soviet Union; they fought for us all.

I am proud to be here and represent my nation which made a great contribution to that fight.”

Speaking about Israel’s recognition of the Armenian Genocide, the President of Armenia viewed as important that Israel plays a leading role and recognizes the Armenian Genocide. Underscoring that the recognition and condemnation of this shameful page of history must not be conditioned by political expediency, President Sarkissian said that recognition and condemnation were necessary to never allow it to happen again. As for the prospects of cooperation, Armen Sarkissian noted that the future belongs to modern technologies. The President of Armenia expressed confidence that the two countries could cooperate successfully in this area and he aims to establish close relations with Israel’s technical universities. In this context, President Sarkissian introduced the ATOM (Advanced Tomorrow) Presidential initiative and noted that this multicomponent project strives to bring to Armenia IT and high-tech international companies and research centers to develop artificial intelligence, mathematic modeling, and other areas. He noted that he would be glad along with other partners from technological field to see also Israeli companies, scientific and research institutions.

The parties concurred that potential for cooperation is rather big and it is necessary to work hard, engaging also in the process representatives of the diasporas of the two countries.