President Armen Sarkissian conveyed condolences on the demise of Patrick Devedjian: “France and Armenia lost one of their best sons” 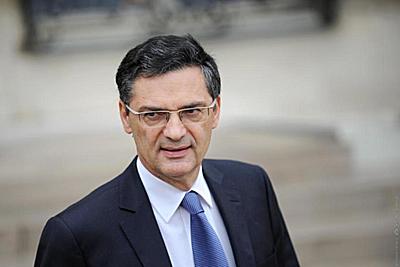 President Armen Sarkissian sent a letter of condolences on the demise of Patrick Devedjian.

“I am shocked with the news of the demise of the prominent French-Armenian politician, President of the General Council of Hauts-de-Seine Department, former member of the French government Patrick Devedjian.

France and Armenia lost one of their best sons. Patrick Devedjian was a brilliant politician and individual – honest, intelligent, responsible in his words and deeds. At the same time, he was a mouthpiece of the Armenian community of France, an ardent defender of the Armenian Cause whose voice was perceptible at the national and international levels.

From day one of Armenia’s independence, Patrick Devedjian became one of the architects of the privileged Armenian-French relations. Armenia’s advancement was a priority for him to which he contributed through concrete programs and actions.

On behalf of the Republic of Armenia, Armenian people and my own behalf, I express my deepest condolences to the spouse of Patrick Devedjian, children, friendly French people and the Armenian community of France on this irreparable loss.”