President Armen Sarkissian had a distant conversation with the representatives of the startup ecosystem: it is important that startups, individuals stay in Armenia and become Armenia’s good and successful entrepreneurs 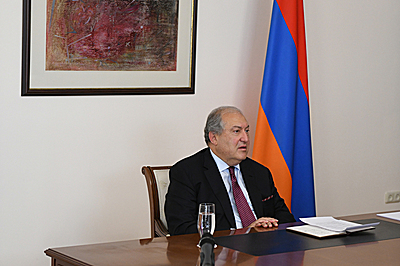 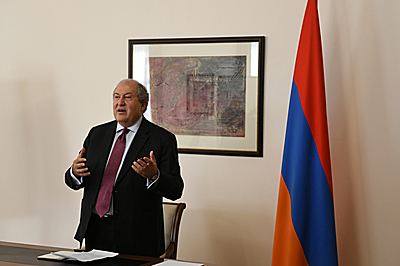 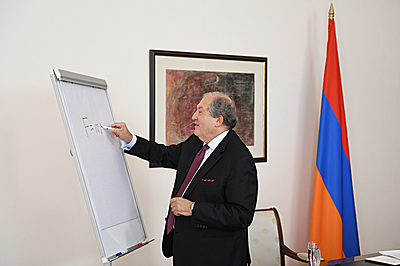 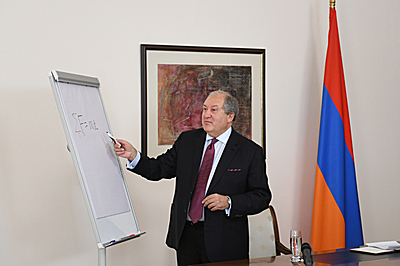 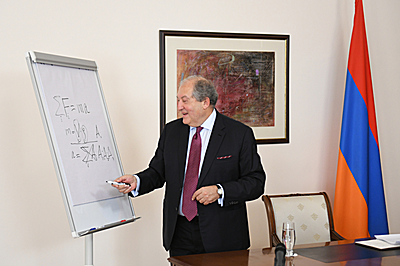 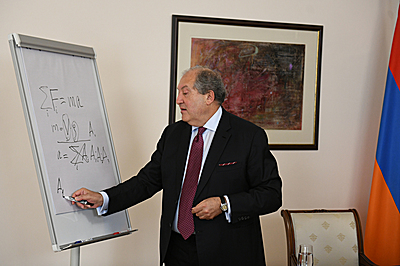 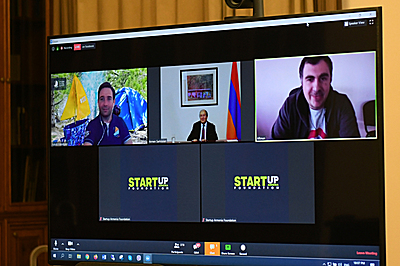 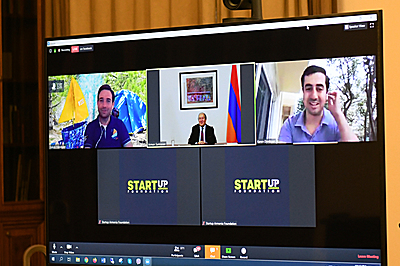 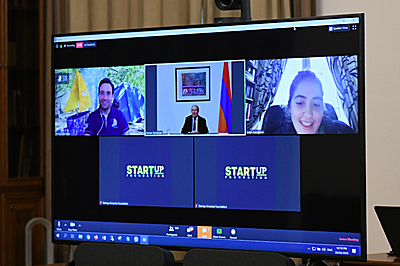 The educational system as well as the conducive environment and conditions are significant for the development of startups and new technologies. President Armen Sarkissian said it during a distant conversation on the “Startups after the coronavirus” topic with the representatives of the Armenian startup ecosystem.

“Engagement of creative individuals is critical for startups. You see, the engagement of talented, young, well-educated individuals is one of the greatest problems. In this context, education becomes very important. It is impossible to think of a creative, innovative environment without education,” the President said. “We are a small country, far away from big markets, but the 21st century opens new opportunities. If we are able to establish proper relations, we will be able to use also international funds for our development. It is equally important that those startups, individuals, who are using such financial resources, eventually stay in Armenia and become good entrepreneurs, citizens of Armenia.”

President said that existence in the United States of a large number of startups was not accidental but rather conditioned by certain circumstances. “First of all, there are very good universities around, second, the largest electronic companies are there. All this creates environment: market, demand, professionals, all are gathered in one place. This is the American model. Today, America has the greatest number of venture funds and startups. There are other models, too. Let’s take Great Britain. One of its most famous centers is the city of science in the University of Cambridge which was created as part of the University and where a huge number of first class specialists are working. Next to the University, the centers of the Microsoft, Apple, other major technological companies are located. An area was created where startups can go and use University facilities easily, establish links with big business and grow.”

President Sarkissian stressed the importance of the education-industry-market link for the development of startups. In this context he spoke of the Presidential ATOM (Advanced tomorrow) initiative. “The idea is the following: to bring major companies to Armenia to create joint laboratories in the areas of programing, artificial intelligence,” he said. “It would be right to have them in one place, to attach one to another. ATOM consists of three parts. The first will be call the Museum of Future which will show what the life will be in 20 years. The second part will be a scientific center. The third, along with major technologies companies of the world such as Microsoft, Apple, Siemens, IBM, Dassault, Thales, and we have already reached a preliminary agreement on this, we will create an environment similar to that of the Silicon Valley in the US, in France, Great Britain, Germany. We need the environment as well a market. We are already working on the architectural solutions for the ATOM and already have got very interesting proposals.”

Responding to the question about which areas have shown deficiencies resulting from the coronavirus pandemic and what solutions the startups can offer, President Sarkissian advised the young people to analyze the world before the pandemic and think of what it would be after, how it would change, how we would change. As for the areas where startups can work actively, the President said that they are multiple.

“In the healthcare area, one of the targets should be the protection of individuals as well as the prevention of predictable outbreaks,” President Sarkissian noted. “The area of food security will be interesting too. This is a vital area for all countries, from US to Armenia. We have four neighboring states. We must be self-sufficient. Mechanisms are needed to produce and sell extras, to export as well as to receive produce from other countries. Both Armenia and Artsakh have huge potential in this area, new sorts of food which can be produced with new technologies, using new ideas.

Startups are not only about electronics. Startups can be in the areas of agriculture, services, financial instruments,” the President noted. “Changes are taking place in the global markets. It means that the banking system is also going to change. We are moving toward new, electronic banking system and e-services. It means that many instruments will be necessary, which you have to create to make these systems efficient. There are things to do in any area. We will be more considerate of our health, there are related ecological problems, leisure issues. There are opportunities for you in all areas.”