President Armen Sarkissian led discussions on the creation of Hay Park: implementation of the idea to create an all-national park, Hay Park, will establish the atmosphere of unity 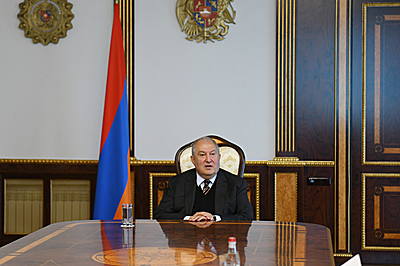 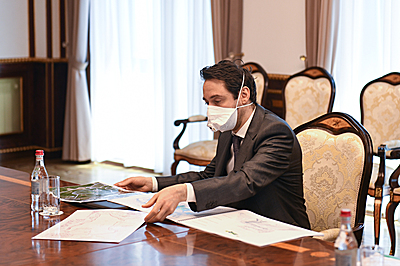 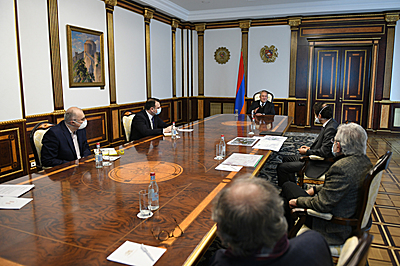 The program for the creation of an all-nation park, Hay Park, was discussed today during a working meeting which took place at the Presidential Palace. The President of Armenia led the discussions.

Present at the meeting were the Mayor of Yerevan Haik Marutian, Yerevan’s Chief Architect Arthur Meschian, Executive Director of the Hayastan All-Armenian Fund Haykak Arshamian, Director of the A. Tamanian National Museum-Institute of Architecture Mark Grigorian.

“The root of the idea to create such a park is the notion of unity. It will be an all-national park, a memory park. It should become the continuation of the Tsitsernakaberd Memorial and, at the same time, will solve issues related to the beautification of the territory and creation of a green zone for the capital,” President Sarkissian said introducing the project. “The implementation of this project, related public discussions, involvement of individuals and organizations will also create the atmosphere of national unity which is very important at this moment for us all.”

Approaches related to the implementation of the Park idea were also discussed.
The President noted that the world-famous Randle Siddeley Associates company, which specializes in park design and landscaping, at his request had carried out pertinent research years ago and presented professional opinion.

At the practical stage of the implementation of the idea, it will be necessary to engage different experts, to create a working group which will develop solutions coherent with an architectural compound. “The approach is the following: all solutions and architectural designs will be presented for public discussions. It is important not to damage a single tree or a bush on the territory. The Park will be created by preserving all that exists now and adding new trees,” President Sarkissian noted.

After the President introduced the idea to create a park on the 105th anniversary of the Armenian Genocide, the President’s Office has been receiving multiple proposals from different structures in Armenia and Diaspora, individuals, experts who have expressed readiness to assist in the implementation of the project. The idea was hailed and support also by the Catholicos of All Armenians Garegin II and Catholicos of the Great House of Cilicia Aram I.