President Armen Sarkissian met with the heads of some IT companies: your area is our country’s future, take part in the creation of the area’s development environment 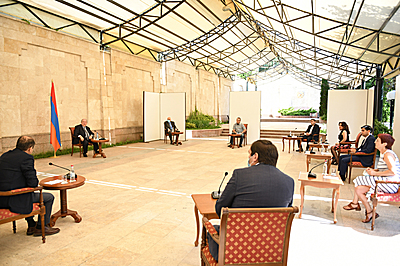 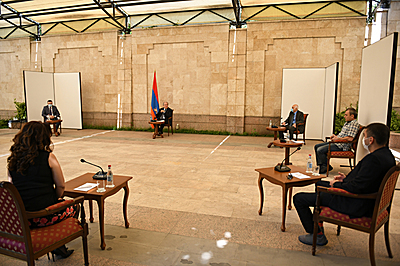 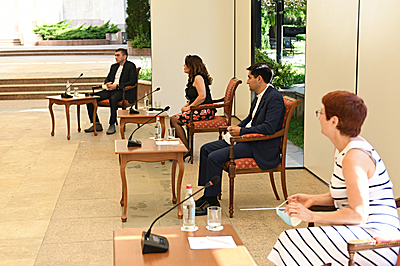 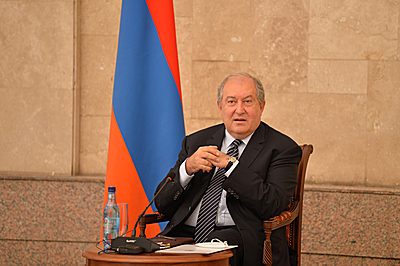 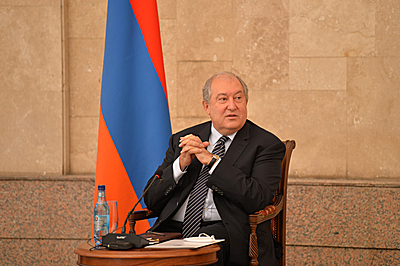 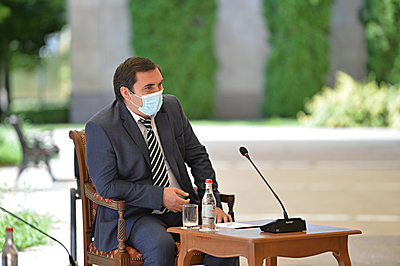 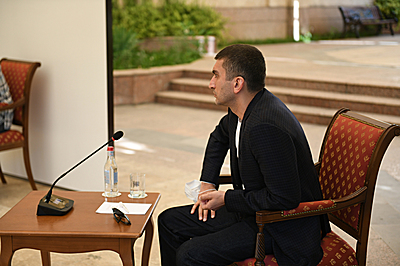 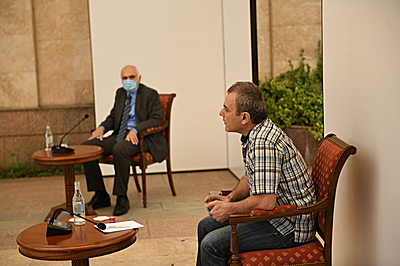 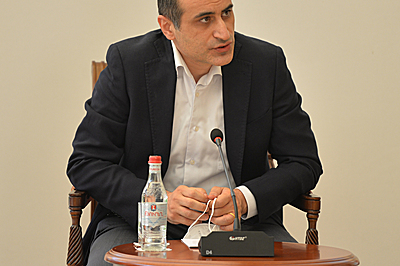 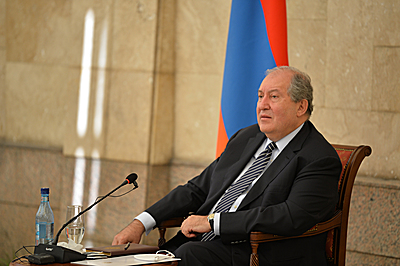 Discussed were issues related to the impact of the pandemic on the area of information technologies, existing problems, probable upcoming difficulties, as well as capabilities of the presidential institute in assisting in a search of possible solutions.

Noting that coronavirus is a result of the changes in the world, President Sarkissian said it is necessary to be ready for the challenges and risks of the 21st century. “The world has changed and will continue to change very rapidly. If we are able to move coherently and in line with it, we will succeed, if not, we will become just consumers,” the President said. You represent the area which seemingly has not suffered much. But in the future there will be difficulties because the international economy will be restructured. It is necessary to think today of tomorrow’s problems.”

From the viewpoint of the country’s competitiveness, the President stressed the importance of developing the areas of hi-tech and artificial intelligence. In this context, he spoke of the presidential ATOM initiative and said that there are already preliminary agreements with a number of major world IT companies on cooperation in the framework of this project. “The idea is the following: to have 10-15 major companies which here will be engaged in pioneering research in the areas of healthcare, culture, etc. For instance, we are planning to implement three projects with IBM in the cultural area,” the President said. We want their most recent platform of artificial intelligence to be developed here. If in Armenia we have 500 people, who work with the world’s best companies, and that number grows in the future, it will be a small contribution and will become the locomotive which I will use to assist in this task.” He noted the pandemic also revealed that instruments of e-governance, such as e-education, e-healthcare, etc. today have become a necessity. The same conclusion is reflected in the UNCTAD investment report on Armenia which was prepared last year at the proposal of President Sarkissian. “Presidential institute and UNCTAD together made an amendment in that report related to the pandemic. Highlighted were the points which were significant and essential. One of the proposals is related to e-governance, as I mentioned, to e-healthcare, e-education, e-business. Another important area is food security. Many would think that there is a healthcare problem today, tomorrow there will be economic problems, but after that there will food security problem all over the world,” President Sarkissian noted.

Another important proposal is that Armenia needs a special institute which will be dealing with attracting investments, representing our country with our own brand. “The proposal is the following: to create the Rapid Response task force. It must be rapid because today the world in transforming, again. It means that if we are going to do something, we need to do it fast. The world will change, and each country should be able to reinvent itself, telling what the country is about and what it can make.”

Speaking of the role of education and its quality, the President noted that technological development is based primarily on education. “Delegations of international companies coming to Armenia in the framework of the ATOM initiative, want to visit universities, they want to see the continuity. One can have the largest and the best company in the world but if there are no young scientists or engineers, you will get nowhere.”

President Sarkissian viewed as important assistance to the areas which might become locomotives. “Should we decide that education, agriculture, and technologies are the areas which need assistance, we need to assist also though tax incentives.” He mentioned the example of Belarus where the High Technologies Park received tax breaks from the state; currently it employs 50,000 people and its turnover is close to 2 billion USD. Americans, Canadians, and Chinese make investments there. For that very reason the President believes that the use of tax instruments is important to push forward certain areas. “We possess potential which should be used and used properly: science, technologies, and education should be together. Business and universities have to work together, otherwise we will get nowhere,” the President said. “There is only one way – universities, Academy, education, and industry must work together, otherwise we will fall behind.”

In this context the President spoke about the latest law on the “Changes and amendments to the RA Tax Code” related to property tax. He suggested that they present proposals in advance and take part in the creation of the environment conducive for the development of this area. “Let’s take the law on property tax. The law is put on my desk and it does not contradict the Constitution. I cannot send it to Constitutional Court. However, I think that it is untimely. It has positive elements because the property tax has to be adjusted: it is impossible to pay the same property tax you paid 20 years ago, etc. All provisions of the law are correct but there are other elements which were missed out. For instance, in the central part of Yerevan, near the Nayri movie theater, people are living who inherited their homes from let’s say the grandpa who was an academician. The owner is a junior scientific worker and is not able to pay the increased tax. What am I supposed to do? If I don’t sign it, it will be signed by the Speaker of the National Assembly and will enter into force. I cannot appeal to Constitutional Court. I am left with the only choice – to sign it. I sign it but also make a statement and explain in detail the existing problems and what can be done.

You make proposals yourselves, and if I agree with them, I will defend them within the scope of my abilities. I urge you to defend yourselves, your business. Your area is our country’s future.”

The participants of the meeting spoke in particular about modern education in line with contemporary requirements, necessity to have vocational training institutions, links between business and education, certain incentives for the area.