President Sarkissian met with a group of members of the expert commission on constitutional changes: public discussions is one way of creating a document acceptable for all 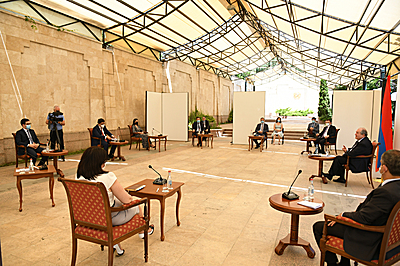 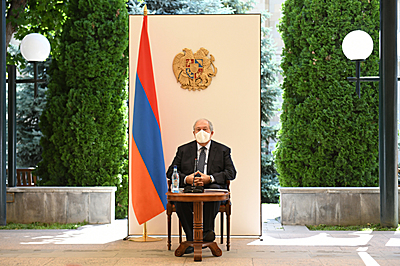 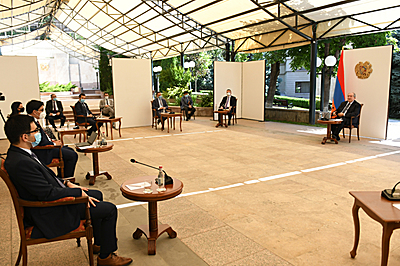 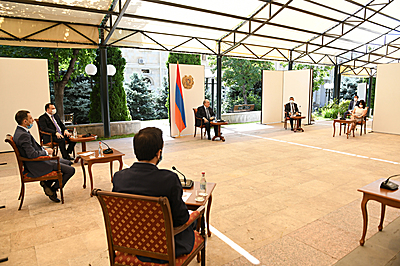 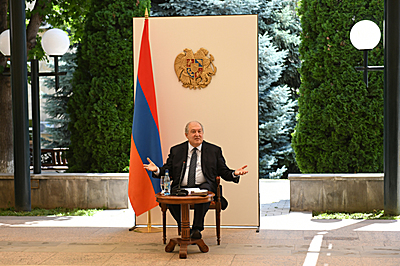 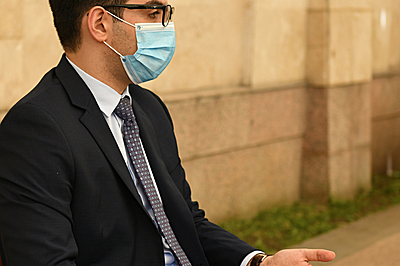 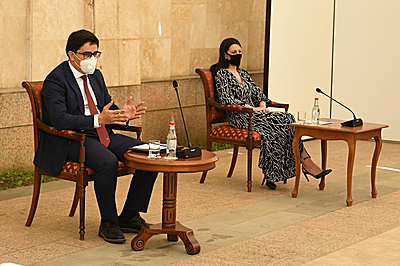 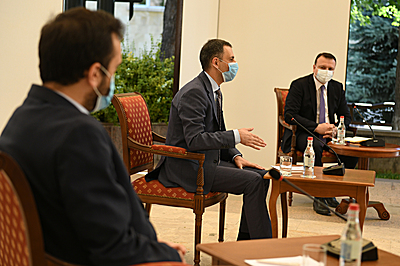 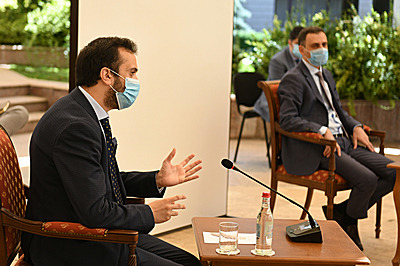 President Armen Sarkissian met with a group of members of the expert commission on constitutional changes. Present at the meeting were the Minister of Justice Rustam Badasian, Chairman of the commission, Armenia’s representative at the European Court of Human Rights Eghishe Kirakossian, legal scholars Anahit Manassian and Armen Mazmanian, Chairman of the Armenian Lawyers Association NGO Karen Zadoyan, and Head of the Union of Informed Citizens consulting NGO Daniel Ioannissian.

The President of Armenia stressed once again the imperative of constitutional changes and welcomed creation by the Prime Minister of such an expert commission. “You, as a commission, will be dealing with the one of the most important for our country issues – reforms to our number one law,” President Sarkissian said and noted that the Presidential Administration, institute of presidency would treat the issue with the utmost seriousness and would bring their participation to the process.

The participants of the meeting spoke in particular about the works of the commission, process of the document drafting and presented their observations.

In his remarks, the President of Armenia reflected on the voiced opinions and viewpoints and noted that in discussing any issue, including the Constitution, it would be wrong not to notice that the world is changing. “If we are going to make changes to the Constitution, we absolutely have to take into consideration that the improved, developed Constitution will be applied in Armenia of the 21st century,” the President said.

As for “presidential or parliamentarian” discussions, according to the President of Armenia, in principle both can be very good as well as very bad. “To discuss today a presidential or parliamentarian… It’s a diversion from the topic,” the President said. “Discussions should be substantial, and if today we have a parliamentary system of governance it is important to discuss what to do so that together with our Constitution and pertinent laws it is one of the best and is ours. If you take the best in the world but apply it directly and unchanged, it will not work. When we talk of finding our national, it is not something abstract, it’s not about making our nation or the state exceptional. It simply means to take the best practices of the world and apply them taking into consideration our culture, history, and today’s reality. We need to find ours, which will be the best.”

In this context President viewed as very important public discussions and society’s wide participation. “Public discussions on constitutional changes should start as soon as possible, even before the document has been formulated in legal terms,” President Sarkissian said. He highlighted the necessity of having public guidelines for constitutional changes which should be a document drafted in comprehensible terms and only after that it should become a legal document which would take into consideration also public opinion. “Guidelines should be public. There are different ways to do it: you have a commission and after hearing out the president, prime minister, National Assembly, you form the guidelines and introduce them for public discussions. Find the mode the public can discuss the guidelines. If would not be right if the Main law is written, sent to the National Assembly and only after that is presented for public discussions. The guidelines should be presented for discussions in advance, to get answers to many questions, for the ordinary people to understand what you want to change. Public discussions is one way of creating a document acceptable for all, and the more discussion, the better.”

Commenting on the opinion expressed by the one of the commission members and related to the direct election of the president, President Armen Sarkissian said in particular, “I am trying to be an impartial president. You all want the president of the Republic to be non-partisan, neither right nor left, up or down; president should be the one who will fulfill obligations properly. To be a mediator in emergency or crisis, it is necessary to be right in the middle. In reality, it is very difficult, direct election can help. For the mediator it is very important that at least the majority of the society accepts that you are neither right nor left; you should be perceived the way you will be or you are today – above all political processes, right in the middle. There is direct democracy, through which all are able to voice their opinion which it is heard. Thus, a politician becomes accountable before the constituency not once a year or once in five years but today, this moment, every day.

Speaking of the Main law, the President said that constitution is also culture and philosophy. “Constitution, constitutional order, statehood are not just laws written on the paper,” President Sarkissian noted. “While looking into this or that law, it is not only about its compliance with the Constitution. The countries which trust their constitution, believe in the rule of law, benefit from it. Our ultimate goal is to make society not break the law simply because it is not our culture.”

Underscoring the importance of checks and balances, President Sarkissian noted that it would allow to avoid situations and problems which the institute of presidency has been facing for the last two years. The President brought as an example the issue of election of the judges of the Constitutional Court and noted that by the current Constitution the President of the Republic nominates a judge of the CC and he or she is elected by the National Assembly. In two years, the President nominated judges, who for this or that reason were rejected by the previous and current National Assembly. It means that the President’s opinion doesn’t really matter.

According to President Armen Sarkissian, one option to solve this problem, is, for instance, the appointment of three judges of CC by the President, another three – by the Supreme Judicial Council, and three by the National Assembly. “This is a simple example, there are other instances too, on the steps to be taken so that future presidents work in the environment in which the Constitution allows each of the branches of power to fully execute its obligations,” President Armen Sarkissian said.