President Armen Sarkissian had a meeting with the heads of a number of IT and telecommunication companies: IT area has great potential for development and to be successful is should be used properly 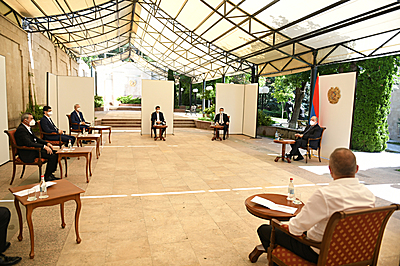 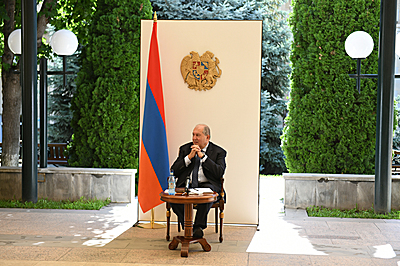 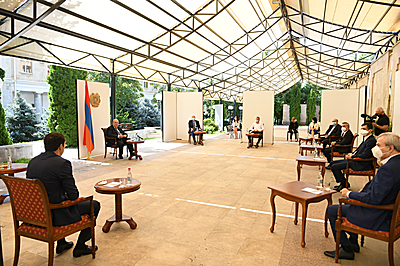 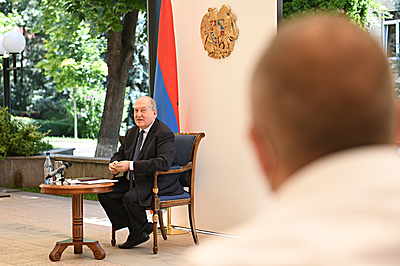 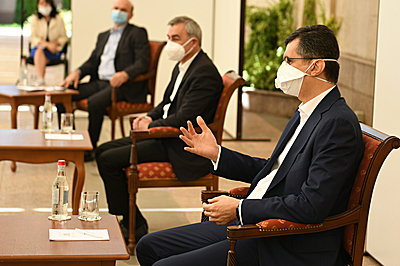 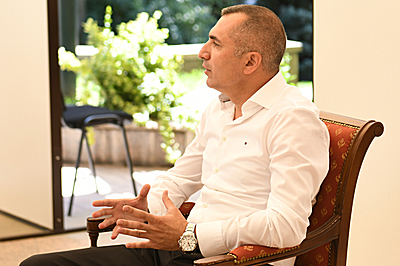 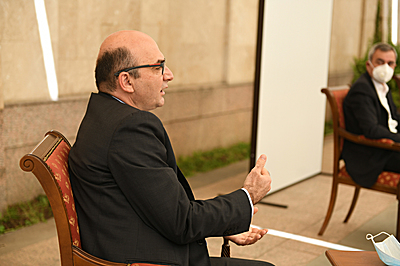 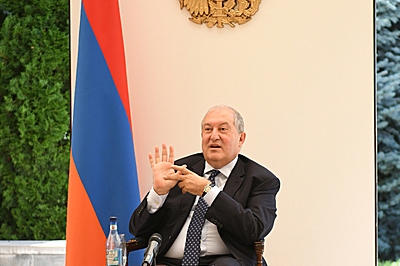 President Armen Sarkissian met with the heads of a number of IT and telecommunication companies.

The heads of the companies spoke of the pandemic’s impact on the area, prospects of development of the area, which is among the priority areas for the country, as well as high-quality education, incentives for the area, modern trends, including data management and cybersecurity. They also stressed the importance of cooperation in the framework of presidential initiatives aimed at the technological development and Silicon Mountains conference organized by the UEICT.

President Sarkissian noted that the area has great potential for development, and to be successful it should be used properly.

The President suggested to look at the changing world with fresh eyes, understand the trends of development of the area and try to reposition. Speaking in particular about data security, which was discussed at the meeting, President Sarkissian said that today it is a valued area. “The world is changing, and the role of data is also changing, becoming dominant to a degree when it becomes a resource as valuable as oil. In this context, many don’t know what to do. But this situation also creates opportunities. At this point, it would be right for us to have partners. Cooperation should be established with companies and people which are the best in the world. Cooperation with them will push us forward. This is also an opportunity which will promote Armenia’s development,” the President said. He noted that ATOM presidential initiative is aimed at that very purpose. Preliminary agreements on cooperation in the framework of this initiative have already been reached with 18 major companies, among them the world’s technological giants - IBM, Siemens, Thales, Dassault, Safran, Science Park of Cambridge, and others. “The idea is the following: to create small laboratories engaged in artificial intelligence,” President Sarkissian said. “The program will have a number of elements: one is a museum, which will be named Museum of Future. There also will be a conference center and educational platform. I will be glad to work together with you.”

The President agreed with the participants of the meeting that education is the base for the area’s development, “If we are not able to elevate our educational system to the international level, with strict discipline and high requirements, it will be very difficult.”

The President stressed also the importance of presenting Armenia’s potential and opportunities also abroad which requires the creation of a relevant establishment in our country, or, as it was mentioned in the paper, prepared jointly by the UNCTAD and Presidential Administration, a Fast Response workforce. “In our view, it should be a small agency which will be able to understand your needs and find partners in different countries. All countries, from big to small, need such an establishment. With this regard, cooperation with you will be essential.”

The President also underscored the importance of cooperation in the framework of international events organized by the presidential institute. Discussed were opportunities of cooperation in the framework of the Armenian Summit of Minds and Silicon Mountains conference organized by the UEICT, as well as Horasis-China conference to be held come fall, STARMUS festival of science, astronomy, music, and arts to take place in Armenia next year, which will also have a component dedicated to technologies and artificial intelligence.