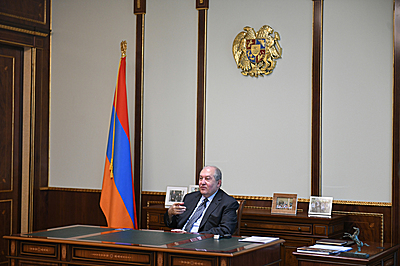 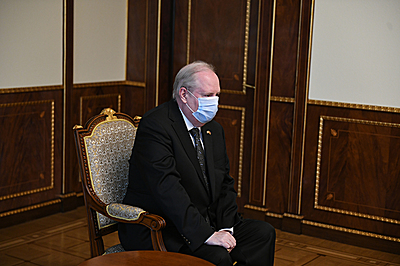 Today, President Armen Sarkissian held a farewell meeting with the Chargé d'affaires of the Embassy of the United Kingdom of Great Britain and Northern Ireland in Armenia David Moran who is concluding his diplomatic mission in our country.

The President of Armenia thanked the diplomat for his efforts aimed at the development of the Armenian-British relations and wished him success in his future endeavors.

At the meeting, the President spoke of the recent tension and military actions unleashed by Azerbaijan at the Tavush segment of the Armenian-Azerbaijani border and expressed his concern.