President Sarkissian visited Chinari border village: our borders are defended by our brave Army as well as by the will and fortitude of the residents-guards of our border villages 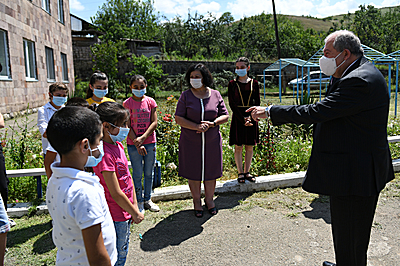 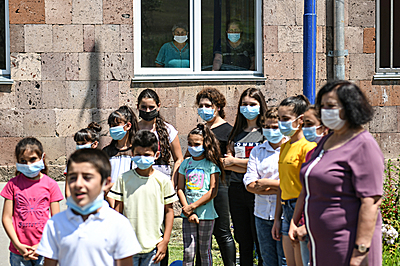 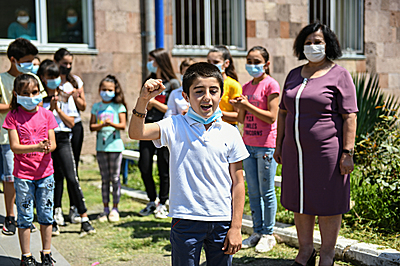 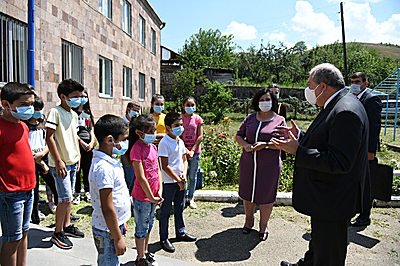 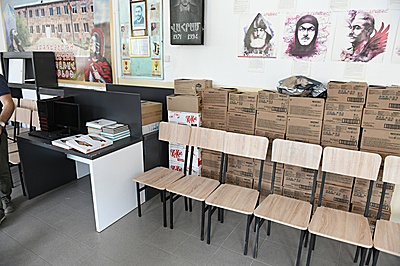 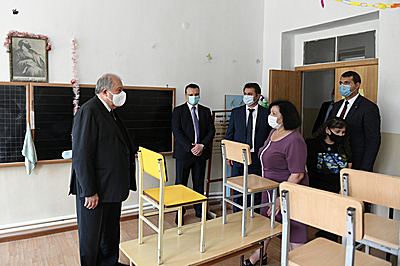 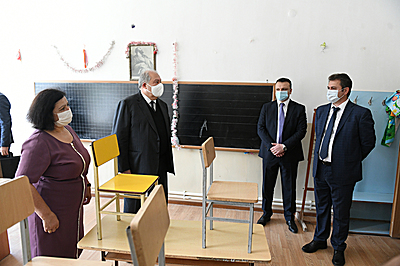 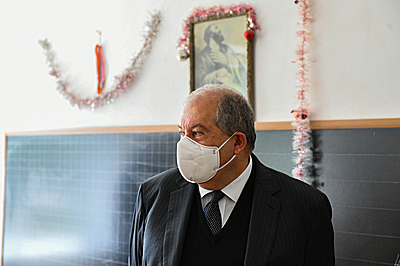 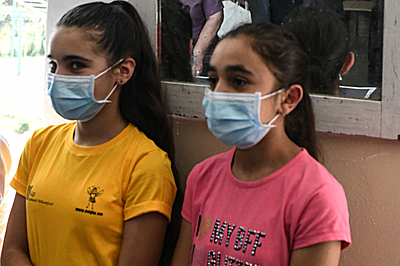 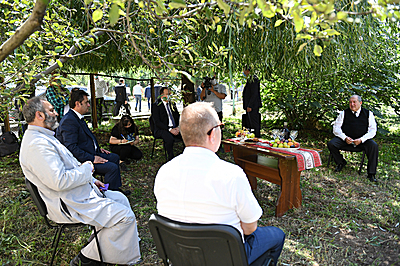 In the framework of his working visit to Tavush marz, President Armen Sarkissian, accompanied by the Primate of the Tavush Diocese Bishop Bagrat Galstian and governor of Tavush marz Hayk Chobanian, visited Chinari border village.

Chinari is located on the hotspot of the north-eastern part of Armenia’s border; Azerbaijani positions are situated right next to the village. Constantly under Azerbaijan surveillance, the village has become a target for the opponent’s regular shelling. Last month, Chinari was in the epicenter of the Azerbaijan’s military actions unleashed at the north-eastern part of the Armenian-Azerbaijani border and came under artillery fire of the adversary.

President Sarkissian visited the school of Chinari village. The school building sustained considerable losses as a result of the shelling; its property was damaged too. Through the donation of the sons of the President of Armenia, Hayk and Vartan Sarkissian, the school received furniture (desks, chairs, and cabinets) as well as computers.

The program to provide the schoolchildren with computer hard and software, which is implemented by Hayk and Vartan Sarkissian, is aimed at connecting kids from Armenia’s different marzes and Artsakh with their peers, establishing contacts between educational establishments and students of Armenia and Diaspora. In the framework of the initiative of the spouse of the President of Armenia Nouneh Sarkissian the “Friend of the Pen”, the school and schoolchildren of Chinari will have the opportunity to connect with different schools and students in Armenia, Artsakh, and Diaspora and launch a cooperation of some kind.

Stressing the importance of a constant and continuous attention toward children, the President of Armenia once again expressed readiness to assist them as president, as an individual, and as the Sarkissian family. “In a sense, I have become a friend of this school and this village. Consider that this is my school too, and if there are problems, just tell me. It is also about the village in general," the President of Armenia said. The President tasked the Presidential administration to solve the problem of the school’s heating system.

President Sarkissian toured the school, conversed cordially with his little old friends – children of Chinari, whom he had met last year, first in Chinari, and then in his office.

In his conversation with the region’s and the village’s spiritual and official leaders, President Sarkissian expressed gratitude to the residents of the border-guard residents of Tavush for holding strong our state border together with our Armed Forces. At the same time, the President said that people, who live in this magnificent place, are much deeper and more natural than many of us. “This is a paradise. People live in a paradise, while many of our compatriots are unaware that paradise is right next to us,” the President said and urged to come and to see this place because patriotism, along with defending the borders of the Fatherland, is also in discovering the Fatherland.

“This paradise also has a great educational paradise – the history of our people, our heritage.” In this context, Armen Sarkissian presented also the formula of our success which is very simple. “We win when we all together, united in Armenia, Artsakh, and Diaspora,” he said. “I am very optimistic and confident that we will overcome all difficulties together. Our genius intellectuals said it on different occasions. At school, we memorize by heart poetry dedicated to our national unity. But I believe that along with telling, knowing, understanding and analyzing it, there is also a simple issue of feeling it because any Armenian next to you is your brother or sister. It means that nobody in this world can defeat you.

Human feelings we have for our neighbor, friend, fellow villager have a great value. Often, it is not duly appreciated, we don’t appreciate bounty we live in which is our human capital, our nature.”

President thanked once again the director of the school in Chinari and the teachers for their important mission and noted that to be a teacher, director or head of the village in a border settlement is not only a job but also a mission. The President of Armenia thanked also all residents of Chinari and residents of all border villages and underscored that our borders are defended by our brave Army as well as by the will and fortitude of the residents-guards of our border villages.